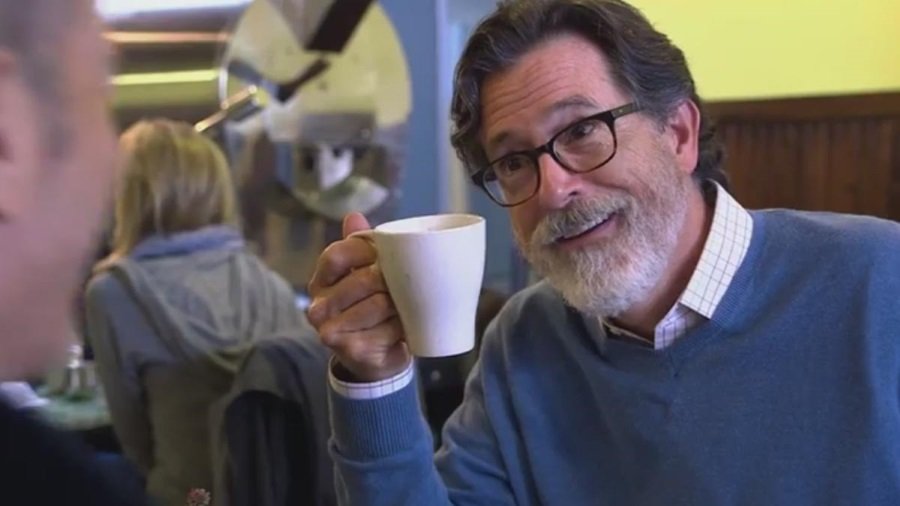 Comedians in Cars Getting Coffee, the streaming series hosted by Jerry Seinfeld for Crackle, concludes its sixth series with a conversation with Stephen Colbert (with his Colbeard intact) and a drive in a 1964 Morgan Plus 4 Roadster.

The web channel’s signature original series is basically a spin on the traditional chat show. It just takes it on the road. The final episode premieres on Wednesday, July 8 at 11:30 pm eastern time on Crackle here (you can sign up to have a reminder E-mailed to you). But while the show is on hiatus, you can also see earlier episodes, with such guests as Bill Maher, Jim Carrey, Julia Louis-Dreyfuss, Amy Schumer, Jon Stewart, Tina Fey, and many others.

Crackle is a free, commercial-supported streaming channel with movies and TV shows (including its own original series).