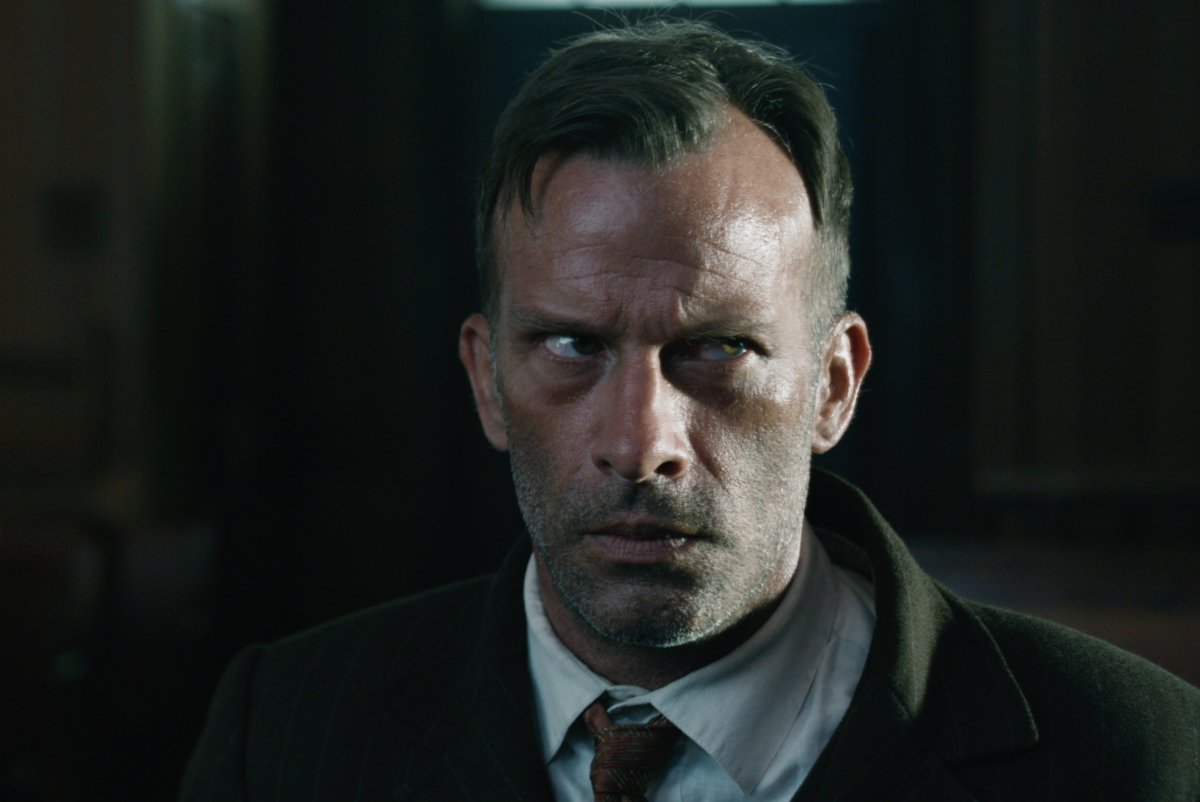 1922 (2017, not rated), starring Thomas Jane as a Nebraska farmer consumed with guilt after committing murder, is the second Netflix original film this month based on the work of Stephen King (the first, Gerald’s Game, was featured here).

The story is simple. In the words of Eric Kohn for IndieWire: “a guy kills his wife and feels guilty about it. That’s the gist of its premise, and while nothing groundbreaking, the story mines a degree of profundity out of the traditional supernatural thriller tropes at its core.” Zak Hilditch directs and Molly Parker, Dylan Schmid, and Neal McDonough co-star.

The third and final season of the Amazon series Red Oaks brings closure to the easy-going dramedy about a New Jersey kid with dreams of becoming a filmmaker in the 1980s. The show has been under the radar for a lot of folks but it’s one of my favorite streaming shows and I’m sorry to see it go. The final season is a brief six episodes and it wraps it all up a little too neatly but the affection for its characters makes the happy endings all around easy to embrace. The directors of the final run include David Gordon Green and eighties movie vets Amy Heckerling and Hal Hartley.

News: Netflix, which is outspending all streaming competitors in its expansion of new programing, is raising the price of its standard plan (two screens, HD quality) by $1 to $10.99 a month and its premium plan (four screens) by $2 to $13.99 (the basic $7.99 plan remains the same). Expect to see the new charges on your bill within the next couple of months. Meanwhile, Hulu is dropping the price of its entry-level plan by $2 to $5.99 for the first year for new customers.

Spider-Man: Homecoming (2017, PG-13) reboots the web-slinging superhero as a part of the Marvel Comics Universe. Tom Holland captures the sense of wonder and anxiety of a high school kid aspiring to Avengers greatness while juggling the down-to-earth problems of a teenager, Michael Keaton is a supervillain with a blue collar work ethic, and Robert Downey Jr. jets in as reluctant mentor Iron Man. Also on DVD and Blu-ray and at Redbox. Reviewed on Stream On Demand here.

Action thriller Wheelman (2017, not rated), starring Frank Grillo as a getaway driver in a race to survive after a bank robbery gone wrong, comes directly to Netflix.

Sylvester Stallone is a hitman in Walter Hill’s Bullet to the Head (2012, R), a New Orleans-set thriller with Sarah Shahi, Christian Slater, and a fire-axe battle with Jason Momoa.

True stories: One of Us (2017, not rated) profiles three women struggling to escape the strictures of life in New York’s Hassidic community. Also new: The Day I Met El Chapo: The Kate del Castillo Story (2017, not rated), featuring the Mexican celebrity actress, and She Makes Comics (2016, not rated), about women in the comic book industry.

Extreme Halloween picks: before “The Hunger Games” there was the extreme satire Battle Royale (Japan, 2000, not rated, with subtitles) from gangster movie veteran Kinji Fukasaku (reviewed on Stream On Demand here). Bradley Cooper stars in The Midnight Meat Train (2008, not rated), based on the Clive Barker story (reviewed on Stream on Demand here). From Eli Roth comes the nastily effective Cabin Fever (2002, R) and brutal Hostel (2005, R) and Hostel: Part II (2007, R).

Aaron Taylor-Johnson and John Cena are American soldiers trapped by an Iraqi sniper in The Wall (2017, R), a cat-and-mouse war thriller from Doug Liman.

Cynthia Nixon is Emily Dickinson in A Quiet Passion (2017, PG-13), an intimate drama from Terence Davies.

Streaming TV: the romantic dramedy The Baker and the Beauty (Israel, with subtitles), ran for 20 episodes over two successful seasons.

From Britain comes the mini-series Any Human Heart (2011) Matthew MacFadyen and Hayley Atwell and The Mystery of Edwin Drood (2012), based on the unfinished Charles Dickens novel.

Henry Fonda stars in the Emmy-nominated Gideon’s Trumpet (1980, not rated), based on the true story of the man who fought for the right of publically-funded legal counsel.

True stories: The Oscar-nominated Hollywood on Trial (1976, not rated) looks at the blacklist, and the landmark PBS series Eyes on the Prize (1987, not rated), about the history of the Civil Rights movement, won a Peabody Award and was nominated for an Oscar. Looking beyond our borders, Tropicalia (2012, not rated) profiles the Brazilian musical movement of 1960s and The Other Dream Team (2012, not rated) tells the story of the underdog Lithuanian Olympic basketball team.

Rock and roll: The Punk Rock Movie (1978, R) features performances by British punk bands Sex Pistols, The Clash, Siouxsie and the Banshees, Generation X and others (shot on grainy Super 8mm film) and Ray Davies (of The Kinks) directs Return to Waterloo (1984, PG-13) with Tim Roth.

Tom Cruise is back in the action thriller Jack Reacher: Never Go Back (2016, PG-13) to save a friend (Cobie Smulders) framed for treason (Amazon Prime and Hulu).

Hulu continues to acquire classic shows and cult series. Among the newest additions are the complete runs of the animated sci-fi farce Futurama from The Simpsons creator Matt Groening, the groundbreaking sitcom Ellen with Ellen DeGeneres, and the sexy spy thriller Alias with Jennifer Garner.

Wesley Snipes and Ving Rhames star in Undisputed (2002, R), a smart boxing-behind-bars bare-knuckle drama from Walter Hill that was overlooked on its original release.

Halloween: Freddy’s Dead: The Final Nightmare (1991, not rated) was clearly not final but it does feature bit parts by Tom Arnold, Roseanne Barr, and Johnny Depp.

Jay Pharoah plays a rising young comedian in White Famous, a comedy about the effects of fame. Jamie Foxx is a producer and guest stars in the first episode. New episodes arrive each Sunday.

The Irish thriller Acceptable Risk, starring Elaine Cassidy as the widow of a murdered salesman who discovers her husband may be have been part of a global conspiracy, makes its U.S. debut on Acorn TV. The first two episodes now available, new episodes arrive each Monday.

Sean Bean is a struggling Catholic Priest in Northern England in Broken, a BBC mini-series making it US premiere on BritBox.