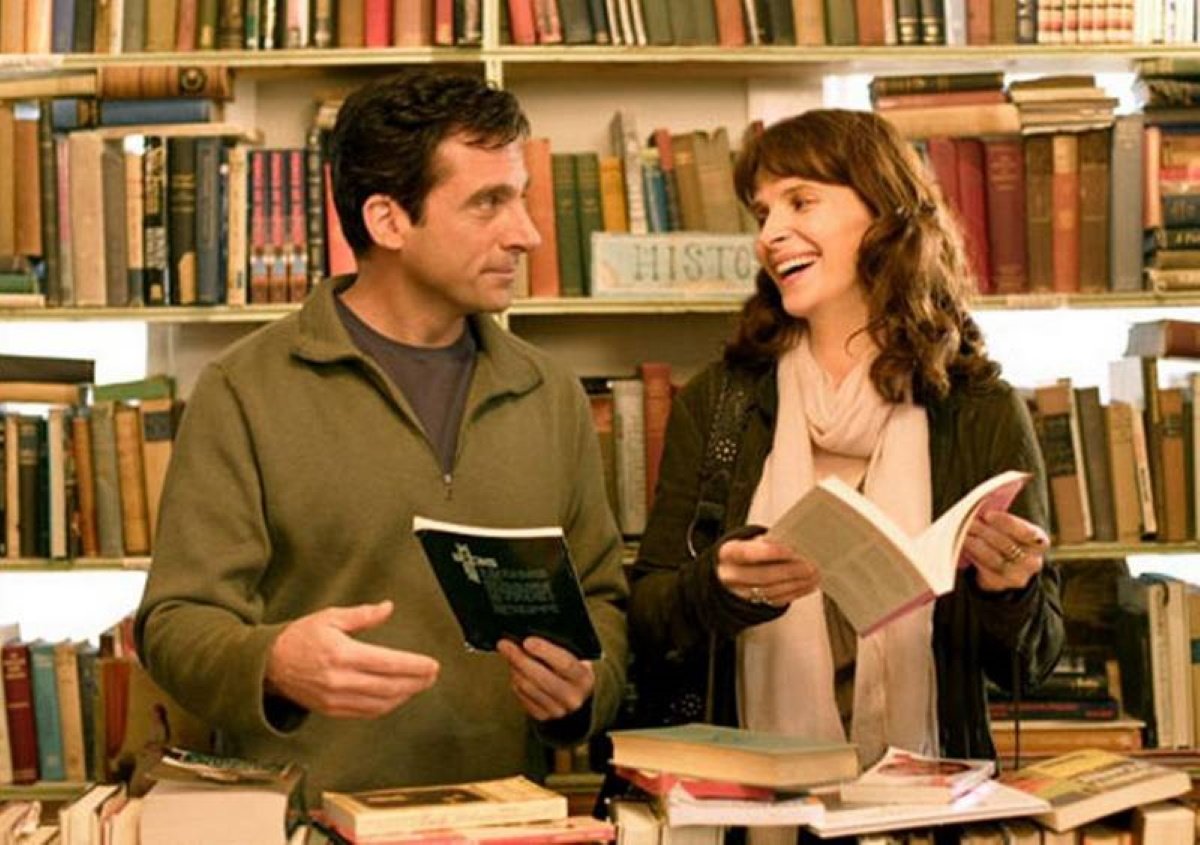 In the gentle romantic comedy Dan in Real Life (2007) that warmth and good humor defines Dan Burns, a single dad, a widower, and a regional parenting advice columnist on verge of going national the very weekend of his family reunion weekend.

Director/co-writer Peter Hedges does a great job capturing the messy chaos of family in the overstuffed cabin. Along with old family roles from childhood defining the adult relationships, he’s struggling to keep up with two teenage girls becoming independent way too fast and an adolescent that still needs his approval.

When Dan finds out that the radiant woman (Juliette Binoche) he met in a bookstore and fell in love with over coffee is Marie, the new girlfriend of his serial-dating brother (Dane Cook), the madhouse of siblings and spouses and kids becomes downright claustrophobic.

The plot often falls into contrivance but the crazy yet comfortable chaos of the family reunion setting smooths it all over and the unlikely chemistry of Carell and Binoche is remarkably genuine.

Alison Pill has an early role as the eldest daughter and Emily Blunt, John Mahoney and Dianne Wiest co-star.

Also on Blu-ray and DVD and on SVOD through Amazon Video, iTunes, GooglePlay, Vudu and/or other services. Availability may vary by service.
Dan in Real Life [Blu-ray]
Dan In Real Life [DVD]

On DVD and Blu-ray. Director/co-writer Peter Hedges talks about his emotional connection to the script and how his locations shaped the film in his commentary track, and shares his rehearsal process in the 15-minute featurette “Just Like Family: The Making of Dan in Real Life.” Together they invite the audience into a filmmaking process that feels organic and alive. Also features 11 deleted scenes (with optional commentary) and outtakes.