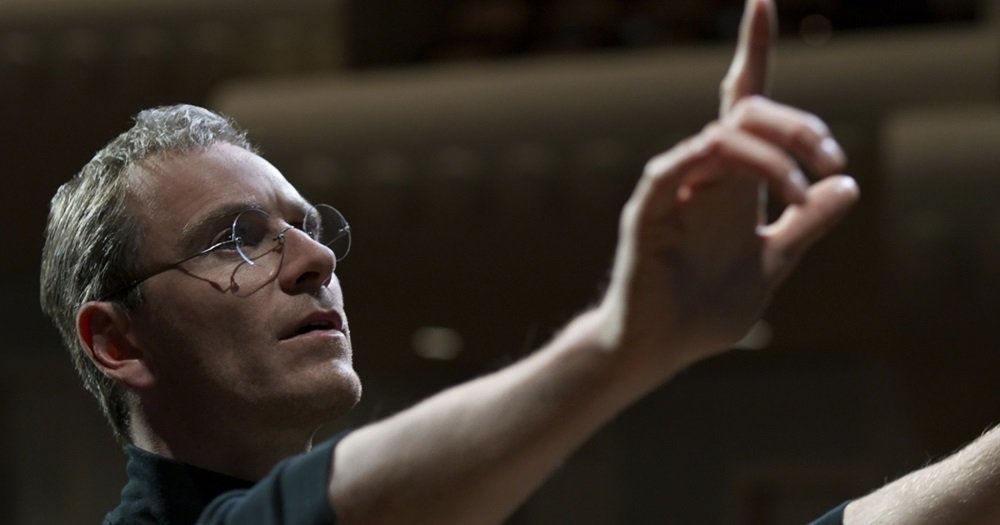 Steve Jobs (2015) isn’t the usual big screen biopic. Ostensibly adapted from Walter Isaacson’s best-selling biography, Aaron Sorkin’s screenplay discards the familiar birth-to-death sweep to offer a triptych of snapshots of Jobs, the co-founder of Apple who became the face of the company over his stormy stewardship, driving innovation and driving out opposition.

Apart from a couple of flashbacks, the entire film takes place in the minutes leading up to the public unveiling of three defining Steve Jobs-driven product launches: the Mac in 1984, NeXT in 1988 (after he was fired from Apple), and the iMac in 1998 (after he was brought back to save Apple from bankruptcy). It may seem confounding that it ends before the laptop revolution and the iPod, iPhone, and other iDevices that changed the way we interact with technology but Sorkin and director Danny Boyle (who jumped into the project after David Fincher dropped out) are less concerned with the devices than the character of Jobs.

Michael Fassbender plays Jobs as a micromanaging perfectionist who wears his public persona like an exactingly-tailored suit, sharp and smooth and poised, while he fails spectacularly at maintaining personal relationships in private. Arrogant and exasperating, he knows what he wants—he berates on technician for failing to get the computer to speak on cue for the launch and demands he fix the electronic greeting—and more importantly why. He makes technology not just easy to use but relatable, a defining irony in a film that foregrounds his inability to relate to people. He wants everything on his terms and has a hard time giving credit where it is due, even to his old friend and founding partner Steve Wozniak (Seth Rogen), the man in the garage who actually built their initial computers. Woz can’t quite fathom how Jobs became the man driving Apple (“I conduct the orchestra,” is Jobs’s reply). Kate Winslet is his right hand Joanna Hoffman, providing ballast and balance and negotiating his interaction with the world. Both Fassbender and Winslet earned Oscar nominations for their performances.

Anyone familiar with Sorkin’s work (from The West Wing to The Social Network) will recognize his style immediately, from the constant walk-and-talk sequences (Boyle uses the device to give the film a headlong momentum as the characters each take a moment of Jobs’ time as he prepares for the respective presentations backstage) to the wit and bite of the dialogue stirred through debates over business philosophy and personal responsibility. They provide a psychological Rorschach test of the professional history and personal behavior of Jobs, especially when it comes to his former girlfriend (Katherine Waterston) and the daughter he refuses to recognize as his own even after the courts have ruled otherwise.

And that’s finally what the film is about: the drive, the philosophy, the ruthlessness, the prescience of Jobs, a man who didn’t write computer code, design software, or build machines yet drove the innovations that redefined the way we interact with the world. Boyle latches on to the confounding contradictions and reveals the messy soul of Jobs behind a mind that understands the importance of surfaces and interfaces. Boyle and Sorkin make for an unusual pair—Sorkin is all talk and Boyle likes to bring a lot of energy and a little visceral jump to his films—but it works here.

, iTunes, GooglePlay and/or other services. Availability may vary by service.
Steve Jobs [DVD]

The Blu-ray and DVD editions feature filmmaker commentary, the featurette “Inside Job: The Making of Steve Jobs,” and a Digital HD copy of the film.