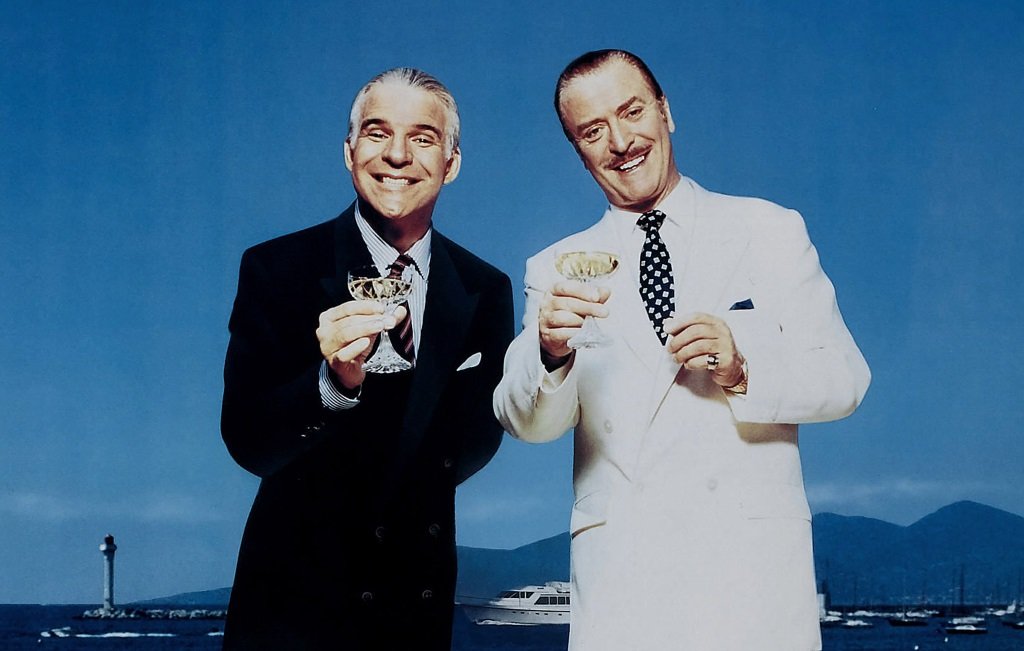 This, of course, means war. The prize is the easy pickings of the rich widows who pass through the wealthy resort town. The battle? The first to separate an innocent American tourist (Glenne Headly) from her fortune.

This remake of the largely forgotten 1963 comedy Bedtime Story actually improves upon the original to create a hilarious comedy that looks both marvelously refined and brightly exaggerated (thanks to the great photography of Scorsese collaborator Michael Ballhaus). Director Frank Oz makes the clash between Martin’s bumptious American cockiness and Caine’s quiet, refined understatement into an inspired battle of wits and wiles, letting Martin do his wild and crazy exaggerations while Caine makes his comedy out of glances, grace notes, and underplayed line deliveries. Headly is wonderfully simple and naïve as the American abroad and Barbara Harris is great in a small role as an heiress who is an early mark of Caine’s.

Wit and culture and measured restraint taken on unabashed brazenness and bullheaded improvisation in a crazy cartoon of the flimflam Olympics, which saves the biggest scam for an unexpected competitor in the gold medal round.

The Blu-ray and DVD features an interesting commentary track featuring director Frank Oz, a (very) short documentary made at the time of shooting, the trailer, and the great original theatrical teaser, which was an original comic piece created just to entice the audience and wound up backfiring in an unusual way: audiences were angry that the scene didn’t appear in the film! It’s a wonderful little teaser and makes a great supplement.