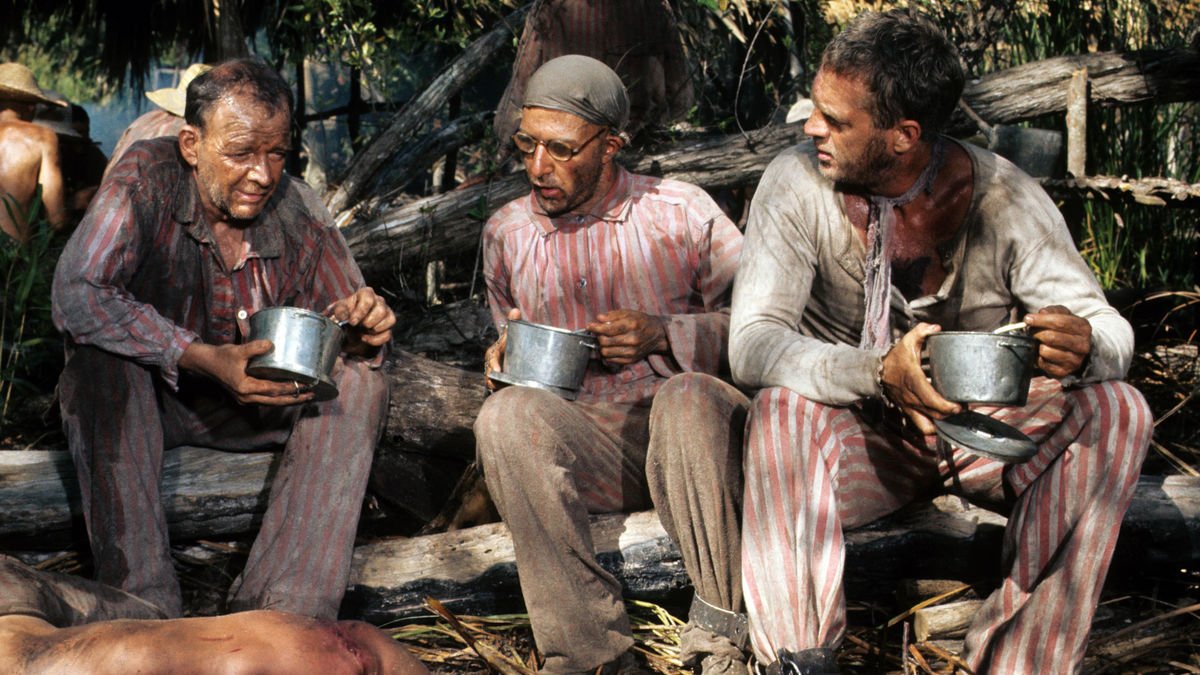 Ten years after Steve McQueen made his name in the most famous prison break thriller of them all—The Great Escape—he stepped into the role of Henri ‘Papillon’ Charriere, the real-life French safecracker convicted of murder (unjustly, he maintained) and sentenced to the prison colony in French Guyana and, later, Devil’s Island.

Directed by Franklin J. Schaffner, Papillon (1973) is no action spectacle or cliffhanger thriller. The film moves at a pace befitting Papillon’s experience as he endures the work gang in the swamps, sits out solitary confinement designed to break his mind and his spirit, and makes his way through the jungles and across the open seas in his flights from confinement, motivated by the same spirit that keeps him alive: the drive to escape. Schaffner seeps the film in the humid, fetid texture of the jungle prison camps, the oppressive silence of solitary, the death watch of the infirmary (bodies are unceremoniously dragged off of beds and out of the ward on a nightly basis) and the brutality of a prison culture where there is no oversight and no consequences for the behavior of the guards.

While McQueen is undeniably the star here (and in perfect taciturn McQueen form), the film works thanks to the relationship between Papillon and Louis Dega, a physically meek but cagey forger played by Dustin Hoffman. Initially united by nothing more than a means to an end—Papillon serves as the vulnerable (and despised) Dega’s bodyguard in return for the money to finance his escape—they end up putting their own liberty and lives on the line for one another, almost by impulse. In a place where trust is sold out for bounty, favors, or even extra rations, they are friends and their devotion is not just a measure of their friendship, but of how such trust can make their ordeal bearable.

Jerry Goldsmith’s score was nominated for an Academy Award and Steve McQueen was a Golden Globe nominee.

Leaves HBO Max at the end of May. Add to My List.

, iTunes, GooglePlay and/or other services. Availability may vary by service.
Papillon [Blu-ray Book]

The Blu-ray, which comes in a 32-page Blu-ray Book with photos and production background (but, frustratingly, no credits for cast and crew), is beautifully mastered and features the 12-minute archival promotional featurette “The Magnificent Rebel.” While it includes a fair amount of behind-the-scenes footage, it is notable for footage of the real Henri Charrière leading us through the recreation of the French Guyana prison camp.