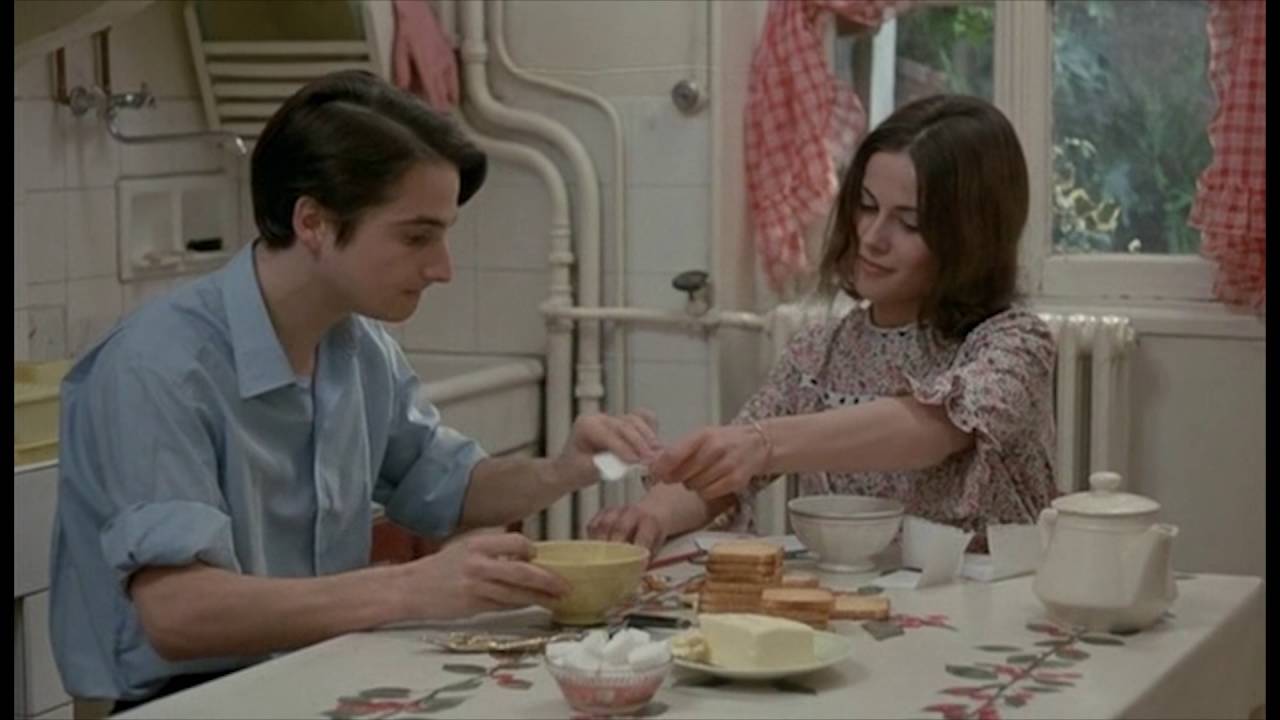 Six years after the wry romantic sketch Antoine and Colette, filmmaker François Truffaut and Jean-Pierre Leaud reunited to catch up with Truffaut’s cinematic alter-ego Antoine Doinel, the troubled adolescent of The 400 Blows.

Stolen Kisses (France, 1968) opens with the now-grown Doinel sprung from military prison with a dishonorable discharge. The incident is drawn directly from Truffaut’s own history of delinquency, but the parallels end there.

Lovesick Doinel woos the perky but unresponsive objective of his affection Christine (Claude Jade) while he engages in a series of professions—hotel night watchman, private investigator, TV repairman—with mixed success and comic entanglements. But when he falls in love with the elegant wife of his client (Delphine Seyrig at her most beautiful and charming), Christine realizes she misses Antoine’s persistence and clumsy passes and embarks on a seductive plan of her own.

Truffaut’s comic confection is full of deadpan gags and screwball chaos, a world away from the heavy seriousness of The 400 Blows, and Leaud is endearingly naïve as the determined Doinel, forging ahead with more pluck and passion than aptitude. It may be Truffaut’s most sweetly romantic film, a knowing man’s embrace of eager innocence and storybook sentiment. Doinel returns two years later in Bed and Board.

Also on Blu-ray and DVD and on SVOD through Amazon Video, iTunes, GooglePlay, Vudu and/or other services. Availability may vary by service.The Adventures of Antoine Doinel (The 400 Blows / Antoine & Collette / Stolen Kisses / Bed & Board / Love on the Run) (The Criterion Collection) [DVD]