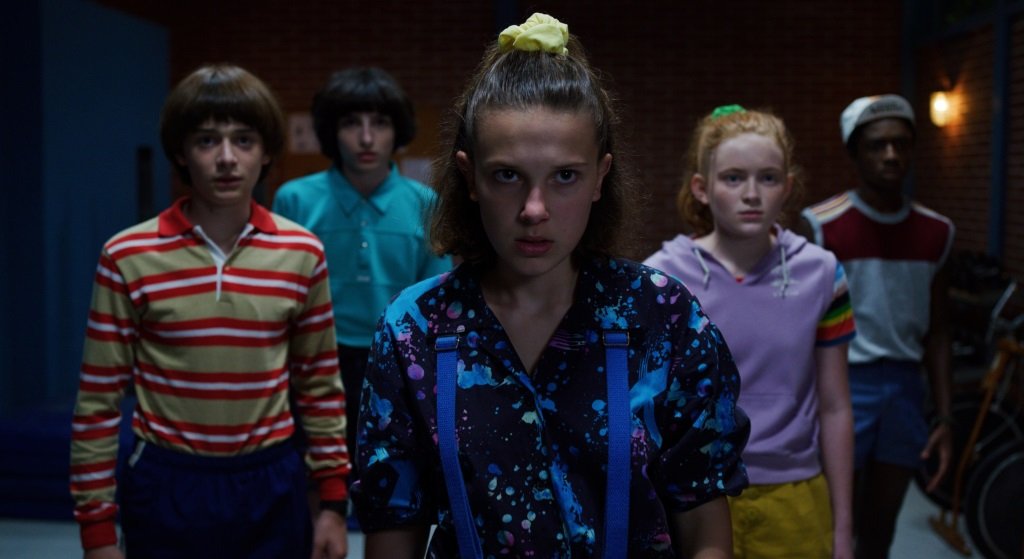 The third season of Stranger Things, the Netflix Original tribute to eighties movies and pop culture, ushers the kids of Hawkins, Indiana, into a summer adventure with a new monster unleashed from the Upside Down and a new challenge: growing up. It’s also nice to see the girls getting a bigger role in the series. It all kicks off, appropriately enough, on the Fourth of July. All eight episodes now streaming on Netflix.

The new Netflix Original limited series The Last Czars mixes documentary and dramatic recreation to the story of Tsar Nicholas II and the ruling Romanov family killed in 1918 following the Russian Revolution. Six episodes on Netflix.

Classic picks: Netflix present four early features by Martin Scorsese, from his feature debut Who’s That Knocking at My Door? (1967, R) and his breakthrough film Mean Streets (1973, R) starring Harvey Keitel and Robert De Niro to the comic drama Alice Doesn’t Live Here Anymore (1974, R) with Ellen Burstein to his incendiary masterpiece Taxi Driver (1976, R) with De Niro and Jodie Foster. These films established Scorsese as one of the most talented filmmakers of his era and influenced the next generation of young directors.

Daisy Ridley is Ophelia (2018, PG-13) in this feminist take on Hamlet, costarring Naomi Watts and Clive Owen. Available days after it debuts in select theaters.

Taraji P. Henson and Sam Rockwell are The Best of Enemies (2019, PG-13) in this Civil Rights drama inspired by a true story. Also on DVD and at Redbox.

Streaming TV: Perry Mattfield is a disaffected, hard drinking blind woman who turns detective to solve the murder of a friend in In the Dark: Season 1, which arrives on Netflix a week after ending on CW. Also new:

New comedies this month include the bad behavior hit The Hangover (2009, R) with Bradley Cooper;

Kid stuff: the animated short Room on the Broom (2012, not rated), based on a popular children’s book, was nominated for an Oscar. Also new:

Andrew Garfield and Riley Keough star in the surreal thriller Under the Silver Lake (2019, R), the new film by “It Follows” director David Robert Mitchell.

The Oscar-nominated documentary Hale County This Morning, This Evening (2018, not rated) offers a poetic, kaleidoscopic look at the African-American community in a poor Alabama county.

Also new this month: the updated Romeo and Juliet (2013, PG-13) with Douglas Booth and Hailee Steinfeld;

Mila Kunis and Kate McKinnon play best friends caught up in international intrigue in The Spy Who Dumped Me (2018, R) (Prime Video and Hulu).

Also new this month is the Coen Bros. remake of True Grit (2010, PG-13) with Jeff Bridges and Matt Damon (Prime Video and Hulu);

The documentary The Brink (2019, not rated) profiles Stephen Bannon, the self-described American Nationalist and former Trump advisor, in the wake the 2016 election,

The comedy The Last Word (2017, R) stars Shirley MacLaine as a retired business legend and Amanda Seyfried as the young journalist hired to tell her story.

More streaming TV: Into the Dark: Culture Shock is the new feature-length installment in the horror anthology series;

Foreign affairs: Lucile Hadzihalilovic’s Evolution (France, 2015, not rated, with subtitles) takes on the mysteries of sexuality with a surreal dark fantasy. Also new:

Hackerville (Romania/Germany, with subtitles), a limited series action thriller from the creator of “Deutschland 83” made for HBO Europe, is available exclusively on HBO Now, HBO Go, and HBO On Demand.