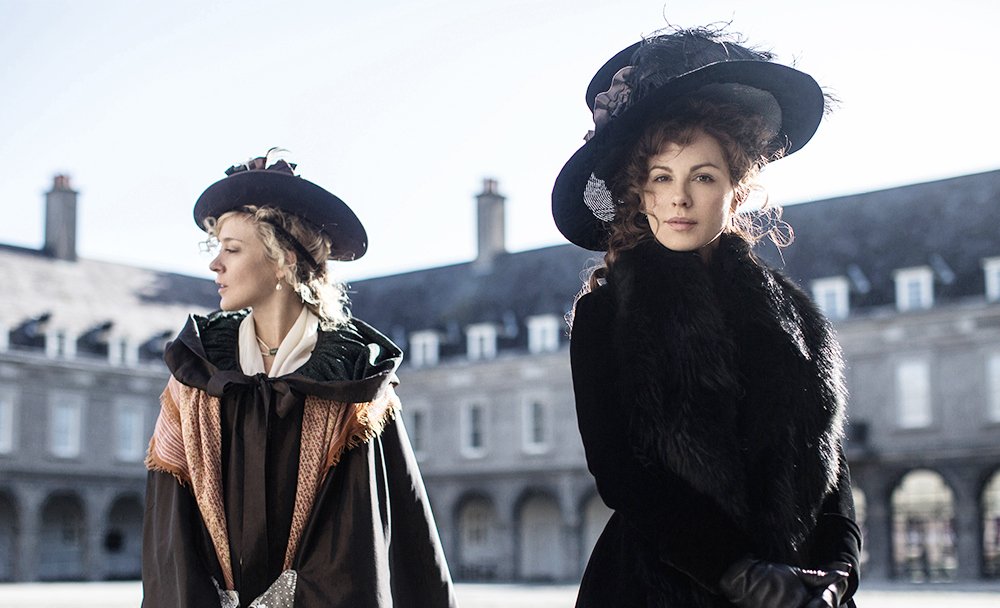 Pilot season is back on Amazon Prime. The pilot episodes of three new proposed series are now available to watch and vote on, meaning that your interest plays a part in which shows get picked up for a full season. Here’s what you can sample now:

I Love Dick, based on the novel by Chris Kraus and developed by Transparent creator Jill Soloway, stars Kevin Bacon as charismatic college professor and Kathryn Hahn and Griffin Dunne as a married couple who fall under his spell. 30-minute comic drama.

The Tick, based on the comic book superhero parody created by Ben Edlund, was previously made into an animated series and a live-action comedy. This new incarnation stars Peter Serafinowicz as the big blue bug and Griffin Newman as Arthur, aka the Moth. 30-minute comedy.

And remember, you don’t have to be a Prime member to watch the pilots or to vote on your favorites. You too can help decide the next Amazon series.

Love & Friendship, a witty comedy of manners and manipulation based on the short novel “Lady Susan” by Jane Austen, stars Kate Beckinsale as the calculating and self-absorbed Lady Susan Vernon, an attractive widow on the hunt for a rich husband, and Chloë Sevigny as her American friend and fellow social conspirator. It’s the funniest Austen film ever made. Whit Stillman adapts and directs. PG.

The Angry Birds Movie gives the characters of the viral video game their own animated movie to show us just why they are so angry. Features the voices of Jason Sudeikis, Josh Gad, and Danny McBride. PG. Also on DVD and Blu-ray and at Redbox.

Available same day as select theaters nationwide is the documentary Lo And Behold, Reveries of the Connected World, a look at the people behind the digital revolution from director Werner Herzog. Not rated. Also new: the comedy Morris from America with Craig Robinson (R) and the thriller Imperium with Daniel Radcliff and Toni Collette (R).

The escape drama The Way Back follows Colin Farrell and Ed Harris on a harrowing yet visually stunning odyssey from a Siberian Gulag to India. PG-13.

Comedies: Let’s Go to Prison (2006) sends Dax Shepard and Will Arnett to the big house and The Steps (2015) is a comedy of blended family dysfunction starring Jason Ritter and James Brolin. Both rated R.

More true stories: the documentary I’ll Sleep When I’m Dead (2016) profiles music producer and DJ Steve Aoki (not rated) and Take Me to the River (2014) chronicles the recording of an album uniting classic R&B and blues artists (among them Bobby Blue Bland, Mavis Staples, and Booker T. Williams) with the new generation of rappers (PG).

Kid stuff: Bottersnikes & Gumbles: Season 1 is a new animated series based on the series of fantasy novels, and there’s a new season of Puffin Rock.

A Royal Affair (2012), an Oscar nominee for Best Foreign Language Film in 2013, dramatizes the true story of a mentally unstable 18th-century Danish king, his frustrated queen (future Oscar winner Alicia Vikander), and his royal physician (Mads Mikkelsen, before he was Hannibal Lecter), who conspire to modernize the regressive country. R, with subtitles.

Dakota Fanning and Elizabeth Olsen are best friends who fall I love with the same boy in the drama Very Good Girls (2013) and Kate Winslet is a single mother who takes her two kids to Morocco on an impulse in Hideous Kinky (1998). Both rated R.

From Spain comes the Animals (2012), about an introspective high school boy with a secret, and from Jamaica come the cult reggae thriller Rockers (1980). Both unrated.

The debut seasons of two new dramas from the WGN network are now available to stream. Underground is a thriller about the Underground Railroad that helped blacks escape slavery from the antebellum South starring Aldis Hodge, Jurnee Smollett-Bell, and Christopher Meloni. 10 episodes, reviewed on Stream On Demand here. Outsiders, starring David Morse, is a contemporary drama with an old world culture set amongst the clans living off the grid in the hills of Appalachia. 13 episodes.

From Britain comes the US debut of The Wine Show: Season 1, hosted by Matthew Goode and Matthew Rhys.

Also new: the final season of Community (originally produced for Yahoo TV), the original MacGyver: Season 1, 50 episodes from Laverne and Shirley, the 2009 miniseries Harper’s Island, and additional seasons of Survivor, The Amazing Race, and Black Jesus.

The Oscar-nominated Brooklyn (2015), starring Saoirse Ronan as an Irish girl in 1950s America, is a lovely and touching coming-of-age drama. PG-13.

The revenge thriller The Gift (2015) stars Jason Bateman as former high school bully and Joel Edgerton (who also wrote and directed) as the victim who tracks him down years later. R.

Impolex (2009), the debut feature by American independent filmmaker Alex Ross Perry, is the story of an American soldier in a surreal landscape at the end of World War II. Not rated.