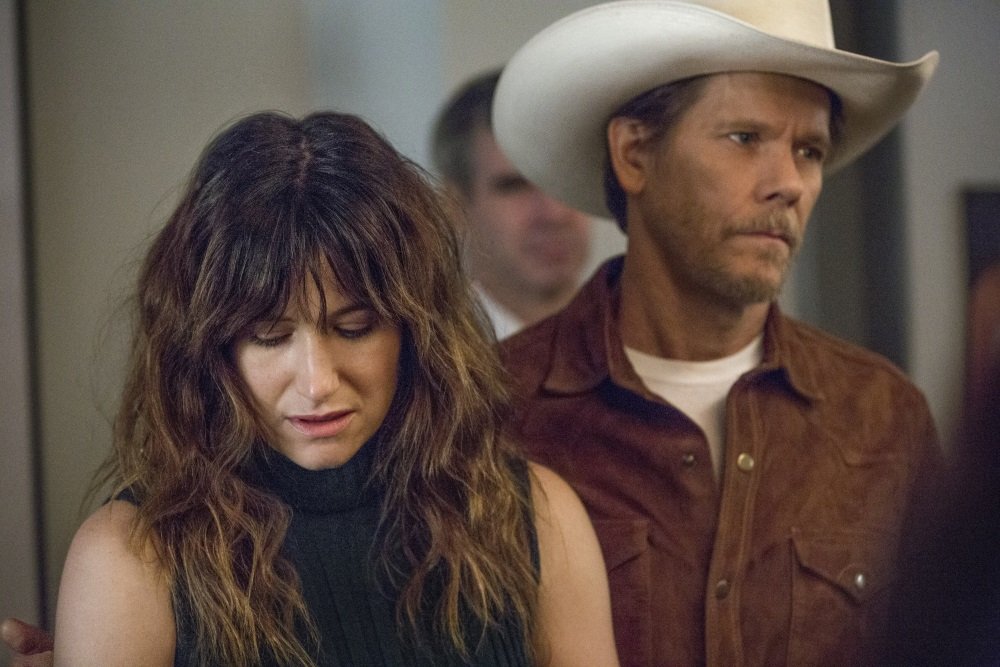 “It’s an experience as much as a story: arresting, disorienting and provocative,” writes The New York Times TV critic James Poniewozik, who describes the show as “art TV about artists, a love triangle as Conceptual performance.

“If the first season doesn’t entirely hang together, it’s bracingly risk-taking. At its best, it captures the artistic process in a way that TV rarely does, and it works as a kind of video art itself. But as with some other recent experimental series—The Young Pope, for instance—it’s best to realize that going in.”

Anne with an E: Season 1 offers a fresh take on “Anne of Green Gables” with Amybeth McNulty as the red-headed orphan in 19th century Canada.

“The current consensus on Anne With an E, the new CBC adaptation of Anne of Green Gables debuting Friday on Netflix, is that it’s a darker interpretation of Lucy Maud Montgomery’s beloved 1908 novel,” writes Sophie Gilbert for The Atlantic, who then revisits the novel and observes that Moira Walley-Beckett’s adaptation “isn’t exactly inventing darkness for the story so much as reading between the lines.

“It’s Anne of Green Gables for 21st-century audiences, who are perhaps more sympathetic to the idea that children can suffer. That’s not to say darkness defines the show. Anne With an Ecaptures the winning exuberance of Anne Shirley—who, played by AmyBeth McNulty, is entirely irresistible—while finding some deeper potency in her story.”

8 episodes available to stream on Netflix. Queue it up!

And available before theaters is the horror film Awakening the Zodiac with Shane West and Leslie Bibb (not rated).

The wacky British crime spoof Mindhorn (2017), about a washed up TV actor (Julian Barratt) who reprises his fictional TV detective to stop a deluded serial killer, and the family-friendly animated comedy Sahara (France, 2017) make their respective American debuts as streaming exclusives (both not rated).

The Ardennes (2015) is a gritty crime drama from Belgium (not rated, with subtitles).

Quentin Tarantino’s Jackie Brown (1997) with Pam Grier and Samuel L. Jackson (R) is his most grown-up film (reviewed on Stream On Demand here).

The comic-drama A Hologram for the King (2016) sends Tom Hanks, a middle-aged businessman with one last shot to redeem himself after a disastrous business decision left him a pariah, to Saudi Arabia. It’s based on the novel by Dave Eggers and directed by Tom Tykwer (of “Run Lola Run” fame) (R). (Amazon Prime and Hulu) Reviewed on Stream On Demand here.

Also new: the documentary The Red Pill (2016) dives into the Men’s Rights movement (not rated).

Clint Eastwood’s Sully, starring Tom Hanks as Chesley “Sully” Sullenberger, offers a startling recreation of the 2009 water landing of a passenger airliner on the Hudson but the film is less a thriller than a celebration of everyone who helped save the lives of every passenger on board. A superb drama with refreshingly understated direction. Aaron Eckhardt, Laura Linney, and Anna Gunn co-star (PG-13). Reviewed on Stream On Demand here.

Hardcore Henry (2015) is a first-person action film with the audience plunged into the extreme stunts of the hero (R).

True stories: Jackson frames the fight over reproductive health-care rights around the last abortion clinic in the state of Mississippi (not rated).

Abdellatif Kechiche’s The Secret of the Grain, (France, 2007) is presented with all the supplements featured on Criterion’s special edition disc (R). Reviewed on Stream On Demand here.

Criminal Justice, the British crime drama that inspired HBO’s “The Night Of,” makes its American debut.

It’s fitting that the Turkish documentary on the cats of Istanbul Kedi (2016) goes directly to pay service of YouTube. It is, after all, the ultimate cat video (not rated, with subtitles).