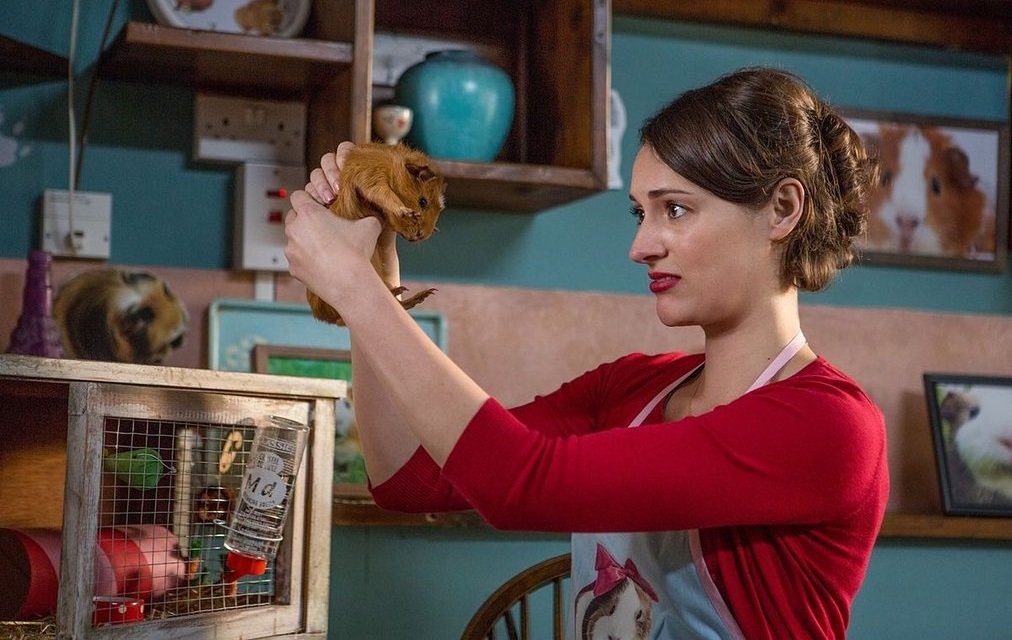 Fleabag is written by and stars Phoebe Waller-Bridge as an unfiltered young woman in London struggling to keep her balance. It was play before it was a six-episode comedy series, both written by Waller-Bridge, and the series co-stars Sian Clifford her older sister and Olivia Colman as their stepmother.

“Though the sex talk is as explicit and absurd as Amazon’s marvelous fellow UK import Catastrophe, Fleabag is more introspective and more frequently dramatic, particularly as it moves along. Initially, it presents as yet another comedy about the sexual and romantic misadventures of a young woman with an uncanny knack for saying the wrong thing at the wrong time: a bit Bridget Jones, a bit Girls, Netflix’s Love, etc.,” writes Alan Sepinwall for Hitfix. “I came into the series expecting a raunchy black comedy, and got that, but with the added bonus of something achingly beautiful when it wanted to be.”

The British series makes its stateside debut on Amazon Prime. Add to watchlist.

The Conjuring 2 sends paranormal investigators Vera Farmiga and Patrick Wilson to the “Enfield Poltergeist” in Britain (R). Also on DVD and Blu-ray.

Rob Zombie’s new horror film 31 is available On Demand weeks before it plays in theaters (R). Cardboard Boxer, a drama with Thomas Haden Church as a homeless men recruited for brutal illegal fights (not rated), and The Good Neighbor, a thriller starring James Caan as an old man terrorized by teenagers (R), are available same day as select theaters nationwide.

Supergirl: Season 1, a family friendly comic book series, arrives in time to binge before it moves to the CW universe of DC Comics heroes for season two in October. 20 episodes. Reviewed on Stream On Demand here.

More streaming TV: the top-rated cable show The Walking Dead: Season 6, which all leads up to the introduction of the infamous Negan, and the cops-in-paradise procedural Hawaii Five­-0: Season 6.

Foreign affairs: from France comes the drama The Measure of a Man (2015) with Vincent Linden and Julie Delpy’s romantic comedy Lolo (2015). Both in French with English subtitles and not rated.

The non-fiction feature Raiders!: The Story of the Greatest Fan Film Ever Made tells the real-life story of three boyhood friends who made a shot-for-shot remake of Raiders of the Lost Ark on home video cameras. Reviewed on Stream On Demand here.

Standup comedy: it’s Cedric The Entertainer: Live from the Ville (2016).

Stop-Loss (2008) stars Ryan Phillippe and Channing Tatum as U.S. soldiers called back into service after completing their tour of duty (R).

Owen Wilson is Drillbit Taylor (2008), a comedy based on the last screenplay by John Hughes (PG-13).

Tina Fey and Amy Poehler are Sisters (2015) who throw one last bash in their childhood home before it’s sold in this comedy (R).

The 2016 Stand up to Cancer charity event is now available to stream.

New episodes of High Maintenance, a comedy about the eccentric clients of a Brooklyn pot dealer, arrive every Friday.

The documentary series The Circus: Inside the Greatest Political Show on Earth returns with new episodes on the current presidential campaign every Sunday.

The Showtime original documentary Guns N’ Roses – The Most Dangerous Band in the World is now available.

Toby Jones, Vicky McClure, and Ian Hart star in the mini-series The Secret Agent, based on the novel by Joseph Conrad about Russian spies and British anarchists in 1886 London. American debut on AcornTV.

Holy Flying Circus (2011) recreates the controversy surrounding Monty Python’s 1979 film Life of Brian and the TV debate with Python members Michael Palin and John Cleese (played by Charles Edwards and Darren Boyd) opposite a Church of England bishop and a staunchly Catholic broadcaster.