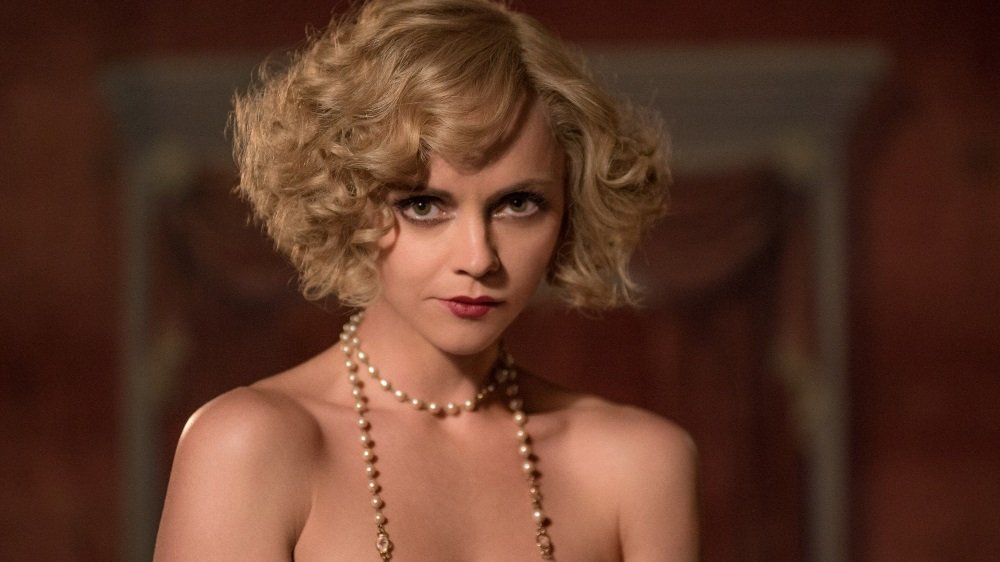 Amazon picks up the gauntlet of original streaming drama with two new shows debuting this week.

Christina Ricci is Zelda Sayre Fitzgerald in Z: The Beginning of Everything, an Amazon original series about the high-spirited Southern Belle who took New York society by storm as the fiercely independent wife and muse of F. Scott Fitzgerald (David Hofflin).

The series begins with Zelda as the rebel of conservative Montgomery, Alabama in the final years of World War II. It’s where she first meets Scott, a soldier on the local training base preparing to go overseas, and her letters—lively and literary and passionate—are a great inspiration to him. Her words find their way into his debut novel, “The Far Side of Paradise.”

Zelda was indeed a talented writer in her own right but she’s remembered as the flamboyant wild child of the Jazz Age. F. Scott was the boy wonder of the new literary generation but Zelda was a feminist, an artist, and a social tornado shaking up New York City and Ricci plays her as a firecracker with a honeyed southern lilt. Given the culture’s fascination with fashion and decadence, the series is appropriately gorgeous, with beautiful young folks in fabulous costumes partying their nights away.

Curiously, the series rolls out as a half-hour drama, which means the episodes move at a somewhat faster pace than the usual Amazon Original series, but it sacrifices a depth of character in the trade-off. In fact, it’s only Zelda who truly comes alive in this show, but she has enough life to sustain the series.

From Japan’s Studio Ghibli comes Ronja, The Robber’s Daughter, a 26-episode animated adventure based on the novel by “Pippi Longstocking” author Astrid Lindgren. Studio Ghibli is of course the creator of some of the greatest animated features of the past few decades, including Princess Mononoke and Spirited Away, and this is their first series. Goro Miyazaki (From Up on Poppy Hill) directs.

Gillian Anderson narrates the English language version of the series, which makes its stateside debut this week (it played on Japanese TV in 2015).

Tom Hanks returns as Robert Langdon, the globetrotting historian and symbologist of Dan Brown’s bestselling novels, in Inferno. He’s sort of a modern day Indiana Jones in the world of hidden codes, ancient languages, and secret societies, and this time he teams up with a doctor (Rogue One star Felicity Jones) to recover his memories (he has amnesia) stop a global virus. Ron Howard directs (PG-13).

Also new: the tearjerker The Light Between Oceans with Michael Fassbender, Alicia Vikander, and orphaned baby in a lifeboat (PG-13), the faith-based Columbine drama I’m Not Ashamed (PG-13), and French drama Down by Love with Adéle Exarchopoulos as an inmate who has an affair with the women’s prison warden (not rated, with subtitles).

Available same day as select theaters nationwide is I Am Michael with James Franco as real-life gay activist Michael Glatze who found religion and rejected his queer identity (not rated) and the American abroad romantic drama Lost in Florence with Brett Dalton and Stana Katic (not rated).

Remember the legacy of Mary Tyler Moore with the series that first made her name. Netflix has all five seasons of The Dick Van Dyke Show, which she starred in as Laura Petrie. She earned two Emmy Awards for her performance and she helped turn Capri pants into the coolest things in women’s fashion.

Netflix picked up an Oscar nomination for the documentary feature 13th, directed by Ava DuVernay. They’ve just added the half-hour program 13th: A Conversation with Oprah Winfrey and Ava DuVernay as a supplement to the acclaimed film.

Will Ferrell stars in Everything Must Go (2010), a serious comedy based on a short story by Raymond Carver (R).

Good Kids (2016) is a young adult drama about high school over-achievers going wild on their final summer before college (R), and Closet Monster (2015) is a gay coming of age drama (not rated).

Bill Milner and Maisie Williams star in iBOY, a Netflix Original science fiction thriller from Britain about a teenager who can control electronic devices (not rated).

Foreign affairs: from France comes Fatima (2015), based on the memoir by Moroccan immigrant and single mother Fatima Elayoubi, and from Guatemala comes Ixcanul (2015), a coming of age drama set in an impoverished Mayan village (both with subtitles, not rated).

True stories: Casablancas: The Man Who Loved Women (2016) profiles modelling agency pioneer John Casablancas, the man who created the supermodel, and Drunk Stoned Brilliant Dead: The Story of National Lampoon (2015) surveys the comedy greats nurtured by the iconic humor magazine (both not rated).

The first season of the CW comedy No Tomorrow, about a risk-averse woman (Tori Anderson) who falls in love with a thrill-seeking man (Joshua Sasse) who is living out his greatest dreams because he’s convinced the world is coming to an end, is available to stream eight days after the network broadcast the season finale. 13 episodes.

The Oscar-nominated documentary Life, Animated (2016), based on the book by Ron Suskind about how he connected with his autistic son through Disney animated films, is fine for the entire family (PG).

Norman Lear, Shonda Rhimes, J.J. Abrams, and Common are among the producers of the five-part documentary series America Divided (2016), which explores inequality in the United States.

Cult films and oddities: The Red Queen Kills Seven Times (Italy, 1972) is a giallo with Gothic flair about a Bavarian family curse and the world of high fashion (PG, with subtitles). Massage Parlor Murders (1972) is a grindhouse murder mystery that has been recently rediscovered and restored (R) and Hootenany a Go-Go (aka Once Upon a Coffee House) (1965) is a beatnik comedy featuring an early appearance by Joan Rivers (not rated).

Michael Moore’s documentary Where to Invade Next (2015) is not about war but what good ideas America can adopt from other countries (R) (Amazon Prime and Hulu).

Hulu’s original series The Path, a drama set in the insular culture of a religious cult starring Aaron Paul and Michele Monaghan, picks up where the cliffhangers left off last year. New episodes arrive each Wednesday.

Melissa McCarthy is The Boss, a disgraced financial titan who turns a youth cookie drive into a hardball sales campaign. HBO has the extended unrated cut of the R-rated comedy.

The documentary Beware the Slenderman explores the Internet-spawned urban legend and the real-life murder perpetrated by two adolescent girls in thrall to the fantasy (not rated).