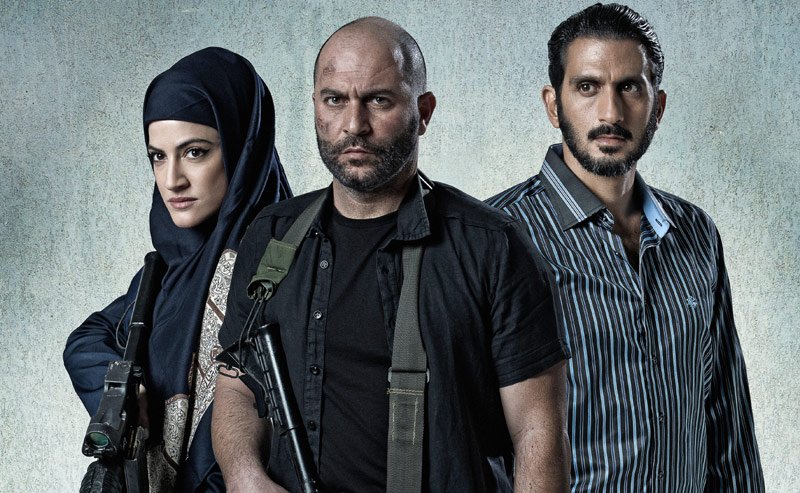 Four new shows from around the world make their respective American debuts on Netflix this week.

Fauda, an action thriller that launched in Israel in 2015, focuses on an elite undercover unit of the Israeli Defense Forces who embed themselves in Palestinian culture. It was a critical and popular hit in Israel, drawing praise from Israelis and Palestinians alike for its portrait of the complexity of the issues and the portrayals. The reviews from the Netflix showings are not out yet but this PRI story on the show’s run in Israel offers some insight. Features both Hebrew and Arabic dialogue with English subtitles.

Pacific Heat, an animated parody of elite unit action shows from Australia, is being called a pale take on Archer. The biggest complaint, however, is that it simply isn’t funny.

Also new: Merli, a high school drama from Spain (in Catalan with English subtitles), and Hip Hop Evolution, a four-part American documentary series on the roots of hip-hop.

Two of the most imaginative family-friendly fantasy adventures debut this week.

Steven Spielberg directs The BFG, adapted from the Roald Dahl book, the storybook fantasy of an orphaned girl and a big friendly giant (Mark Rylance). It has a sense of wonder and a playfully childlish sense of humor PG). Reviewed on Stream On Demand here.

Available same day as select theaters nationwide is the drama Run the Tide with Taylor Lautner and Constance Zimmer (not rated), satirical thriller Pocket Listing with Rob Lowe and Burt Reynolds (not rated), and horror film The Eyes Of My Mother (R).

The Jungle Book (2016) remakes Disney’s animated classic as a live-action films with Mowgli (Neel Sethi) in a magnificent computer generated jungle kingdom of animals voiced by Ben Kingsley, Bill Murray, and others. PG. Reviewed on Stream On Demand here.

On the classic side is Compulsion (1959) with Dean Stockwell and Orson Welles (not rated).

More kid friendly is the new animated feature The Angry Birds Movie (2016), comedy Honey, I Shrunk the Kids (1989), and the Australian frontier adventure The Man from Snowy River (1982), which features Kirk Douglas and some magnificent horsemanship (all rated PG).

The Lobster (2015) is a melancholy love story with Colin Farrell and Rachel Weisz in a strange alternate reality where single people are transformed into animals (R). Reviewed on Stream On Demand here.

The Intervention (2016) is a Big Chill for the thirtysomething crowd with a terrific cast that includes Melanie Lynskey, Jason Ritter, Natasha Lyonne, and Cobie Smulders (R). Reviewed on Stream On Demand here.

Streaming TV: the fourth and final season of the BBC drama Mr Selfridge with Jeremy Piven and the first complete season of the animated series Lost in Oz is now available.

Also new: Francis Ford Coppola’s Apocalypse Now (1979) and his expanded, reworked version Apocalypse Now Redux (2001) (reviewed on Stream On Demand here), the bohemian screwball comedy Desperately Seeking Susan (1985) with Rosanna Arquette and Madonna (reviewed on Stream On Demand here), and This is Spinal Tap (1984), the mockumentary that launched a new genre of comedy (all R).