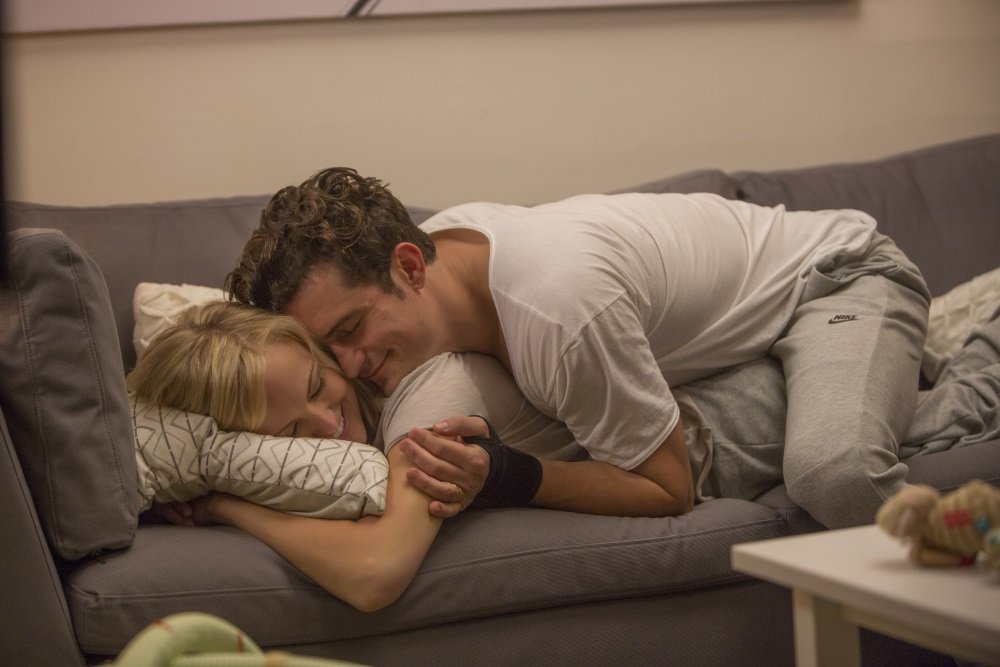 For a couple of decades now, many (if not most) indie filmmakers have sustained themselves between movies by directing episodic TV, notably cable shows. With the addition of streaming and the advent of peak TV, however, indie filmmakers have increasingly been courted to develop their own shows.

Joe Swanberg, the astounding prolific godfather of the so-called mumblecore movement, has now brought his collaborative, improvisational filmmaking approach to the anthology comedy series Easy, a season of eight half-hour shows that are generally self-contained stories that have loose connections to the rest of the episodes.

“A naturalistic comedy of modern manners set among the young, less young and undeniably middle-aged people of Chicago, it’s another basket of goodies turned up on the doorstep in a fall season barely started yet already full of them,” writes Los Angeles Times TV critic Robert Lloyd. Swanberg’s films are loose and rangy and rambling but he takes a somewhat different approach here: “getting in and out of a story in about 30 minutes, distilling and concentrating and amplifying what’s good in his films – their unflinching intimacy, their nonjudgmental interest in people and how they strive and fail and succeed, break apart and come together. That their crises are life-sized and challenges ordinary do not make them any less compelling or rich.”

Also new: Teenage Mutant Ninja Turtles: Out of the Shadows with Megan Fox, Will Arnett, and four heroes in a half shell (PG-13) and the comedy Neighbors 2: Sorority Rising with Seth Rogen, Zac Efron, and Rose Byrne versus Chloë Grace Moretz and her sorority rebels (R). Both also on disc.

Available same day as select theaters nationwide: the comedies My Blind Brother with Jenny Slate and Adam Scott (R) and Miss Stevens with Lily Rabe leading a drama club road trip (not rated), the thriller I.T. with Pierce Brosnan and Anna Friel (not rated), and the dramas Goat with Nick Jonas and James Franco (R) and The Free World with Elisabeth Moss and Boyd Holbrook (R).

Zootopia (2016), Disney’s animated comedy about a bunny cop (voiced by Ginnifer Goodwin) and a conniving fox partner (Jason Bateman), hopped its way to becoming one of the biggest hits of 2016. It’s a family friendly PG and filled with talking animals, beastly puns, and life lessons on living in harmony.

Terence Davies directs Sunset Song (2015), a powerful story of a young Scottish woman (Agyness Deyn), the daughter of a brutal, alcoholic farmer (Peter Mullan), making her way in the hard life of rural Scotland in the early 20th century (R).

Kevin Costner takes the lead in 3 Days to Kill (2014) as a CIA assassin whose assignment to stop a terrorist in Washington D.C. gets complicated when he gets custody of his moody teenage daughter (Hailee Steinfeld) for a few days (PG-13).

Longmire, which Netflix picked up after A&E dropped the modern western mystery series, returns for its fifth season.

Penny Dreadful: Season 3, made for Showtime and starring Eva Green, Timothy Dalton, and Josh Hartnett, brings the Gothic horror series to a close.

More streaming TV: The superhero noir Gotham: Season 2 (reviewed on Stream On Demand here) and the sitcoms Last Man Standing: Season 5 and New Girl: Season 5 arrive as new seasons begin. Zoo: Season 2 arrives weeks after its summer network run. Bones: Season 11 is available months before the final season debuts. And Beauty and the Beast: Season 4 and The Mysteries of Laura: Season 2 bring those respective shows to their conclusions.

From Britain comes the BBC crime shows Luther: Season 4 with Idris Elba and Wallander: Series 4 with Kenneth Branagh and the period drama Call the Midwife: Series 5.

The documentary Audrie & Daisy (2016) looks at sexual assault and cyberbullying in a culture that shames female victims while male perpetrators face little to no consequences. It premiered at Sundance 2016 and skips theaters to debut directly on Netflix.

The Witch, subtitled “A New England Folktale,” is a primal horror film rooted in fear and superstition. A family of Puritans in the new world of 17th century America beset by hardships and tragedy become convinced that they’ve been cursed and it’s hard not to see every unsettling act of nature as a sign of evil. It’s dark and spooky and suggestive and leaves you wondering what’s real, what’s imagined, and how much belief guides our perceptions. Very creepy. R. Reviewed on Stream On Demand here.

The complete first season of American Gothic is now available to stream.

Foreign affairs: from France comes Renoir (2013), a drama about painter August and his son Jean both in love with the same young model (not rated), and from Israel comes The Farewell Party (2015), a dark comedy about assisted suicide in a retirement home (not rated). Also new: the South Korean thriller Made in China (2014, not rated) and the drama Vive L’Amour (1994) from Taiwan (R).

Sicario (2015), a chaotic but compelling thriller set in the violence of the drug war on the Mexican border, tosses Emily Blunt into the middle of a dangerous mission with Benicio Del Toro and Josh Brolin (R). On Amazon Prime and Hulu. Reviewed on Stream On Demand here.

The rock-doc The Beatles: Eight Days a Week – The Touring Years (2016) streams for Hulu subscribers days after opening in theaters (not rated). Reviewed on Stream On Demand here.

Leonardo DiCaprio finally won his Oscar for Best Actor and filmmaker Alejandro González Iñárritu won his second directing Oscar in row for The Revenant (2015), a brutal tale of survival and revenge on the American frontier. It’s violent and grueling, but also beautiful and immersive, and as impressive for the commitment of the filmmakers as for the texture of their work. Rated R for sometimes grisly violence. Also on DVD and Blu-ray. Reviewed on Stream On Demand here.

The Larry Sanders Show, a show business satire from Garry Shandling, was HBO’s first buzz series. You can now stream the entire series. Reviewed on Stream On Demand here.

The documentary Three Days of Terror: The Charlie Hebdo Attack is an HBO original.

The new HBO comedy Insecure debuts in October but you can get an advance look at the premiere episode on HBO Now, HBO Go, and HBO On Demand.

Capital, based on the novel John Lanchester, follows the interconnected lives of neighbors who all receive the same anonymous postcard: “We want what you have.” Toby Jones, Gemma Jones, and Rachael Stirling star. Four episodes.