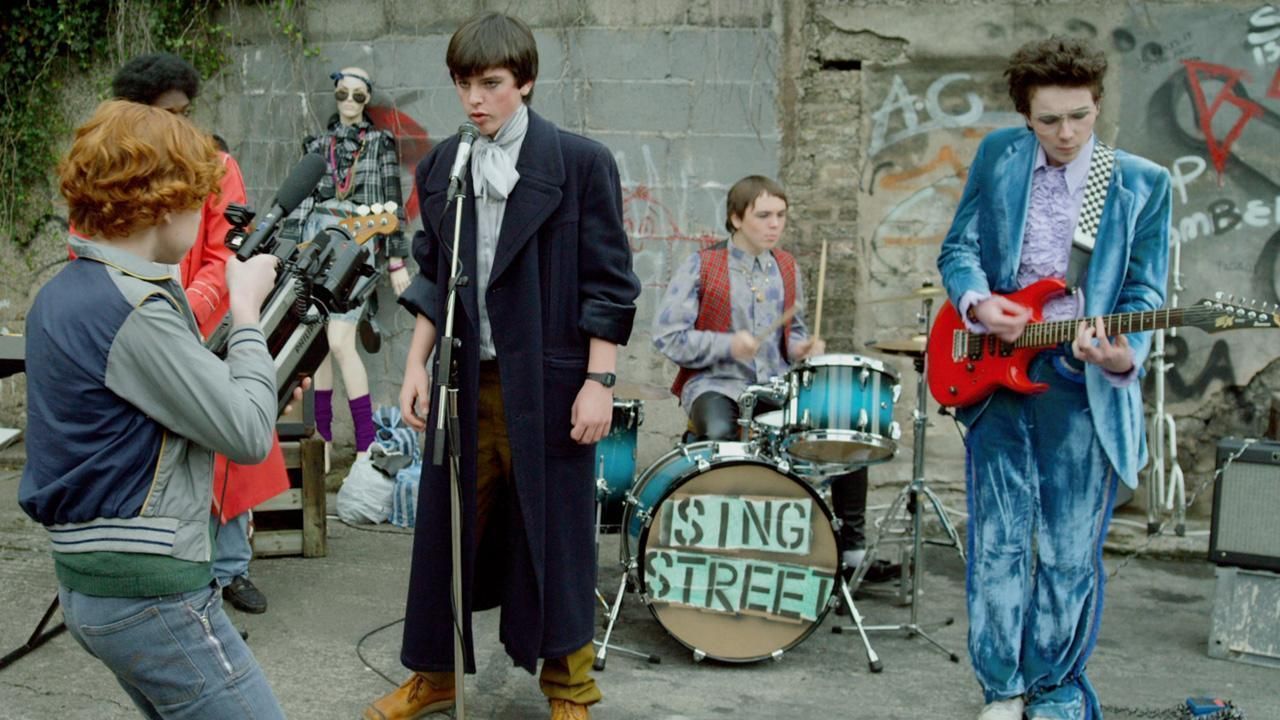 Kevin James is a mild-mannered accountant and aspiring author mistaken for a professional killer in True Memoirs of an International Assassin (2016), an action comedy made for Netflix. This is not part of the series of features produced by Adam Sandler but, according the advance reviews, you’d never know it. Entertainment Weekly critic Chris Nashawaty calls it “harmless, disposable junk food that has just enough laughs to make you feel like you didn’t get scammed.” Not rated.

Queue it up… or not

Sausage Party, a comedy about singing supermarket groceries discovering their position on the food chain, is an R-rated animated movie with a juvenile sense of humor, profane language, and colorfully crude innuendo. Co-writer Seth Rogan is joined by Kristen Wiig, Bill Hader, James Franco, Salma Hayek, and friends in the voice cast. Did I mention this is not for kids? Reviewed on Stream On Demand here.

Also new: Indignation, an adaptation of the Philip Roth novel with Logan Lerman and Sarah Gadon (R), plus the romantic comedy Operator with Martin Starr and Mae Whitman (not rated) and the climate change documentary Before the Flood (PG), which is being made available on a number of platforms.

Available same day as select theaters nationwide is the crime thriller Dog Eat Dog from Paul Schrader with Nicolas Cage and Willem Dafoe (not rated), the romantic comedy Dreamland with Jason Schwartzman (not rated), the horror film The Monster with Zoe Kazan (R), and the British World War II resistance drama Resistance, a 2011 picture with Michael Sheen and Andrea Riseborough just now getting an American release.

Foreign affairs: Paul Verhoeven’s Black Book (2006) is a gripping resistance thriller set in Nazi-occupied Netherlands (R, subtitled) and Under the Sun (2015) is a North Korean propaganda documentary that comments upon the way it is stage managed (not rated).

Kid stuff: the new batch of family movies include the action fantasy The Chronicles of Narnia: The Lion, The Witch, and the Wardrobe (2005, PG) (reviewed on Stream On Demand here) and the Disney animated films The Emperor’s New Groove (2000, G) and Lilo and Stitch (2002, PG).

Also new: Control (2007) starring Sam Riley as Ian Curtis, the enigmatic lead singer of Joy Division who killed himself at the age of 23 (R), the British coming of age drama Submarine (2011) with Craig Roberts and Sally Hawkins (R), the offbeat Australian comedy Proof (1991) with Hugo Weaving and Russell Crowe (R), and the documentary In the Shadow of the Moon (2008) about the astronauts of the Apollo missions (PG-13).

The Haunting in Connecticut (2009), ostensibly based on a true story, stars Virginia Madsen and Martin Donovan as parents who discover their new family home was once a mortuary (PG-13).

The climate change documentary Before the Flood is on Hulu as well as YouTube and VOD (PG).

Dakota Johnson, Rebel Wilson, and Alison Brie are your guides in How to be Single (2016, R).

The documentary Underfire: The Untold Story of PFC. Tony Vaccaro, about the soldier who documented the World War II battlefield with his own camera, streams three days ahead of its Monday cable debut (not rated).

Deep Water, a four-part Australian crime drama, stars Noah Taylor and Yael Stone as police detectives whose murder investigation sends them on the trail of a serial killer. New episodes available each Monday.