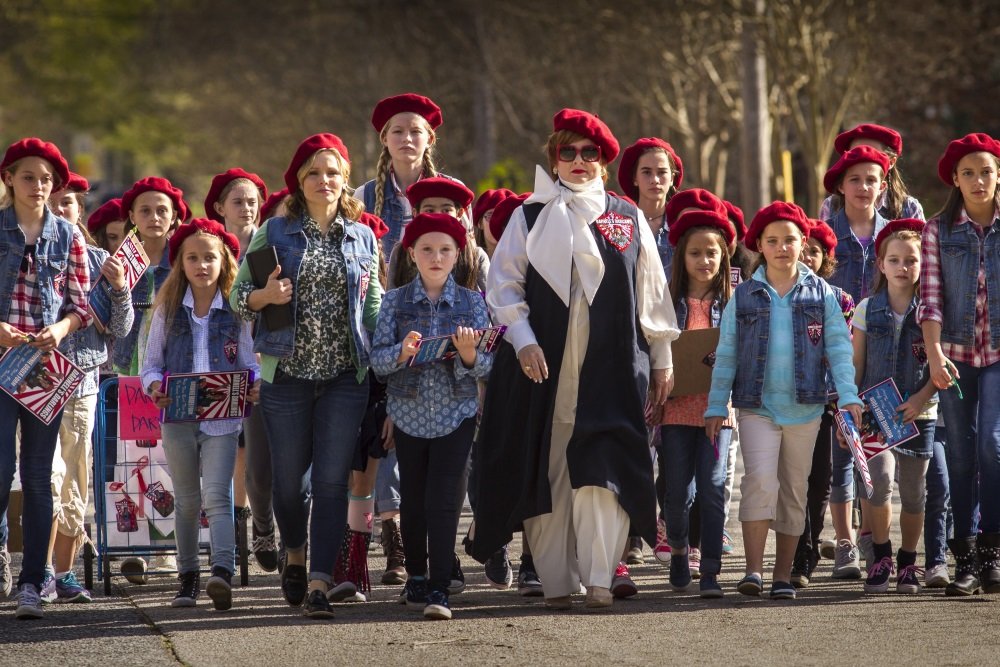 Melissa McCarthy is The Boss, a disgraced financial titan who turns a youth cookie drive into a hardball sales campaign. The R-rated comedy is available in an unrated version. Also on DVD and Blu-ray and at Redbox.

Also new: the crime thriller Criminal with Kevin Costner as a death row inmate given the mind of a dead CIA operative (R), the comedy Barbershop: The Next Cut with Ice Cube and Cedric The Entertainer (PG-13), and Hardcore Henry, an action thriller seen entirely through the eyes of a man in extreme situations (R).

Available same day as select theaters nationwide is Into the Forest, a science fiction thriller starring Ellen Page and Evan Rachel Wood (R), and arriving before theaters is the thriller Edge of Winter with Joel Kinnaman (R).

Paul Verhoeven directs the satirical comedy Tricked (2012) from a script that was literally crowdsourced, a sort of exquisite corpse stunt that Verhoeven polished up and directed for Dutch TV. The film, a soap opera with a satirical edge and a blackly comic sense of humor, is only 50 minutes long so the feature is filled out with a self-congratulatory documentary on the making of the film. Not rated, with subtitles.

The Netflix original movie Tallulah (2016) stars Ellen Page as a homeless girl who kidnaps a baby from a trainwreck of a single mother and Allison Janney as a lonely woman who takes them both in. Not rated.

Kid stuff: The new Netflix original series Home: Adventures With Tip & Oh is a spin-off of the animated feature Home about a human girl and her alien buddy. Also new: the animated shows Popples: Season 3 and LEGO Bionicle: The Journey to One: Season 2.

Streaming TV: The plundering continues on Vikings: Season 4 from The History Channel (10 episodes) and Defiance: Season 3 is the final season of the SyFy series (13 episodes).

Z for Zachariah (2015), based on the celebrated novel by Robert C. O’Brien, is a science fiction parable starring Margot Robbie, Chris Pine, and Chiwetel Ejiofor as survivors of the Apocalypse. PG-13. Amazon Prime and Hulu. Reviewed on Stream On Demand here.

Sandra Bullock is an American political consultant in South America in Our Brand Is Crisis (2015), a political satire based on real events. R. Reviewed on Stream On Demand here.

Looking: The Movie (2016) brings closure to the HBO original series set in San Francisco. Not rated.