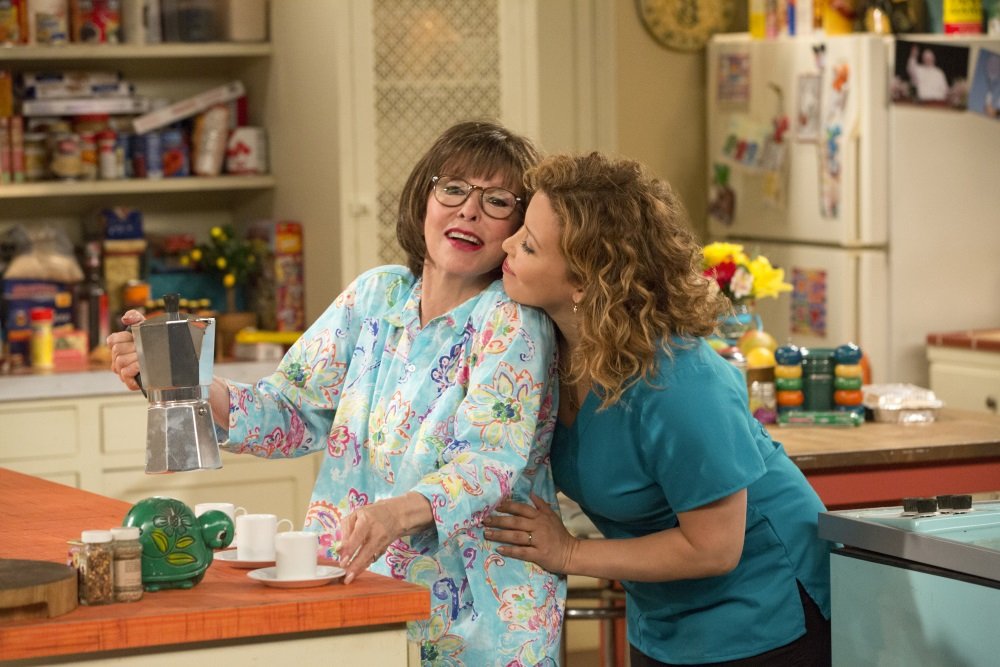 Netflix remakes the seventies sitcom One Day at a Time with Justina Machado as a Cuban-American single mother raising her kids in an apartment she shares with her mother (Rita Moreno). Machado’s Penelope is a military veteran now working as a nurse, Moreno’s Lydia a conservative, outspoken woman arrived in the U.S. as a teenage refugee, and Penelope’s kids are modern American children whose liberal views clash with grandma.

Norman Lear, who created the original show, is involved as an executive producer but this updated take is guided by Gloria Calderon Kellet (Devious Maids and iZombie) and Mike Royce (Men of a Certain Age). It’s “a perfect example of old-school, all-things-to-all-people broadcasting: smart but not hifalutin, blunt but not crass, politically and culturally aware (often self-aware) but never academic or theoretical, and proudly old-fashioned in its methods,” writes Matt Zoller Seitz for Vulture. “I don’t want to seem like I’m overselling the show’s virtues. Suffice to say that this is the sort of series that makes difficult things seem easy, so easy that you often don’t realize how artful it is until you think back on it.”

The complete 13-episode first season now available. Queue it up!

Coin Heist is a Netflix original feature about four prep school who plot a robbery of the U.S. Mint to save their school (not rated).

Also for young adults is a modern take on Romeo and Juliet (2013) with Hailee Steinfeld and Douglas Booth (PG-13) and Gimme the Loot (2012), an indie drama about graffiti artists out to make the tag of a lifetime (not rated)

Nicolas Cage and Willem Dafoe star in Dog Eat Dog (2016), a crime drama with a streak of black humor (not rated).

More streaming TV: For young kids there’s the animated Tarzan and Jane: Season 1, which turns the characters into superheroes in the city, and Peppa Pig: Seasons 1 & 2 from Britain, and for older kids there’s the high school drama Degrassi: Next Class: Season 3.

Superman: The Movie (1978), starring Christopher Reeve as the man of steel as a patriotic boy scout, is the original big-budget superhero movie and it launched the first big screen comic book franchise (PG). It arrives with the sequels Superman II (1980, PG), Superman III (1983, PG), and the nadir of the series Superman IV: The Quest for Peace (1987, PG), and with Bryan Singer’s Superman Returns (2006) with Brandon Routh carrying on the Reeve legacy (PG-13).

True stories: the touching and candid Gleason (2016) profiles professional football player Steve Gleason after he is diagnosed with ALS (R).

Criminal (2016) stars Kevin Costner as a death row inmate given the mind of a dead CIA operative (R).

Back on HBO this month: the original The Road Warrior (1982) with Mel Gibson and the recent sequel Mad Max: Fury Road (2015) with Tom Hardy and Charlize Theron. Also new: the eighties sex comedy-turned-social satire Risky Business (1983) with Tom Cruise (reviewed on Stream On Demand here) and the cult comedy The Big Lebowski (1998) from the Coen Bros. (reviewed on Stream On Demand here). All rated R.

Hulu, Netflix, One Day at a Time, VOD