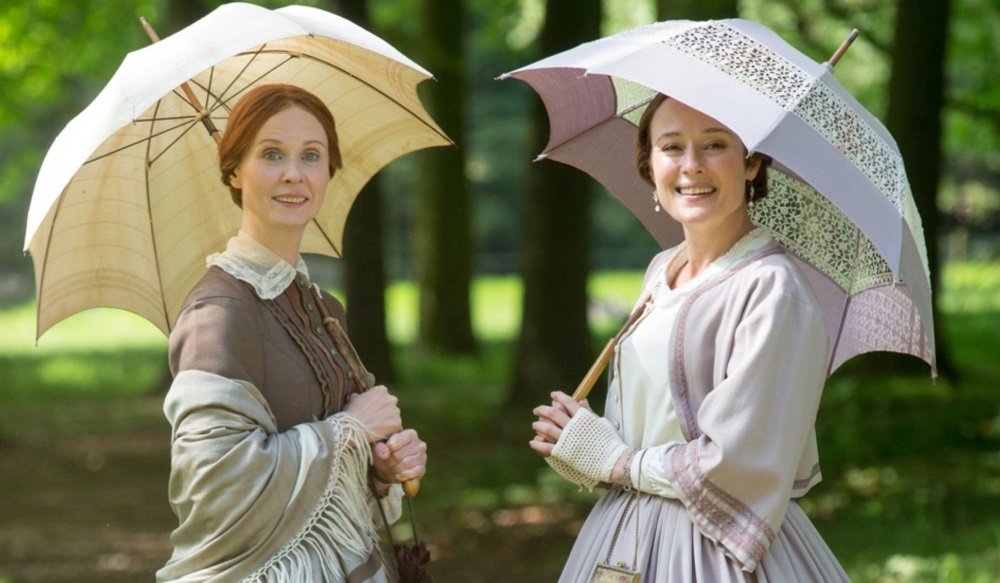 It is a big week for VOD debuts big and small, and few are bigger than The Fate of the Furious, the eighth film in the car caper franchise with Vin Diesel going rogue with hacker Charlize Theron and the rest of the cast (including Dwayne ‘The Rock’ Johnson, Michelle Rodriguez, and former villain Jason Statham) banding together to stop them. Also back are Kurt Russell, still smiling as the covert agent who likes to play without a rule book, and Helen Mirren in an uncredited cameo (PG-13). There’s also a longer, unrated “Director’s Cut” available. Also on DVD and Blu-ray.

For younger audiences is the animated Smurfs: The Lost Village, also on DVD and Blu-ray and at Redbox (PG).

Available same day as select theaters nationwide are the romantic drama Blind with Alec Baldwin and Demi Moore and family adventure Swallows & Amazons with Kelly Macdonald (both not rated).

Lion (2016), based on a true story, stars Dev Patel as a lost boy in Calcutta adopted by Australian parents (Nicole Kidman and David Wenham) who, years later, uses Google Maps to locate his lost family in India. It was nominated for six Academy Awards (PG-13).

Lily Collins is a young woman struggling with anorexia in To the Bone (2017), co-starring Keanu Reeves as the unconventional doctor who helps her (not rated). The feature directing debut of longtime TV writer and producer Marti Noxon (Buffy the Vampire Slayer, UnREAL) debuted at Sundance and comes directly to Netflix.

True stories: Chasing Coral (2017) documents the vanishing coral reefs around the world (not rated) and My Scientology Movie (2015) charts filmmaker Louis Theroux’s efforts to investigate the secretive Church of Scientology (not rated).

Kid stuff: Buddy Thunderstruck: The Maybe Pile is a special episode of the stop-motion animation series about a canine trucker.

Mr. Robot: Season 2 ups the ante of the mind-bending cyber thriller by delving further into the schizophrenic mind of vigilante hacker Elliot (Rami Malek) as he struggles to sort the real from the imagined. It is still one of the best shows on TV and arrives on Amazon months before the third season debuts on USA.

Abigail Breslin is Baby in the TV musical remake of the summer camp romance Dirty Dancing (2017, not rated).

Cult Italian horror fabulist Dario Argento had his only American hit with Suspiria (Italy, 1977), a stylish, surreal piece of Grand Guignol weirdness with Jessica Harper as a ballet student in a dance academy run by a coven of witches (PG-13).

From Germany comes the steampunk Nazi farce Iron Sky (2012), about a new invasion from a Nazi colony hidden on the far side of the moon since the end of World War II (R, in English and German with subtitles).

Streaming TV: Republic of Doyle: Season 1 (2010) is a Canadian crime series about an easy-going private detective working with his father in Newfoundland.

Our Kind of Traitor (2016), based on a John Le Carre novel, stars Ewan McGregor and Naomie Harris as civilians tangled in a British intelligence operation to help a Russian mob account defect (R). Reviewed on Stream On Demand here.

The satirical C.S.A. The Confederate States of America (2004) uses the mockumentary format to imagine an alternate reality where the South won the Civil War and kept slavery alive through to the 21st century (PG-13).

True stories: Under the Gun (2016), produced and narrated by Katie Couris, takes on the issues surrounding gun violence and gun control (not rated)

All four episodes of the documentary The Defiant Ones, about the musical partnership between Jimmy Iovine and Dr. Dre, are now available on HBO Now and On Demand.

It may be summer but winter is coming this weekend: Sunday night sees the return of Game of Thrones for its seventh season.

A relatively new service in the streaming spectrum, BritBox specializes in classic and contemporary British television. This week it presents the stateside debut of the acclaimed BBC feature drama NW (2016), based on the novel by Zadie Smith about two friends in a NW London housing estate (not rated).

FilmStruck adds films by Robert Altman, including his feature debut The Delinquints (1957), his 70s take on the PI genre The Long Goodbye (1973) with Elliot Gould, and his late career comeback The Player (1992), and a collection of early Otto Preminger films including the film noir classics Laura (1944) and Fallen Angel (1945) and the post-war melodrama Daisy Kenyon with Joan Crawford and Henry Fonda, 1947).