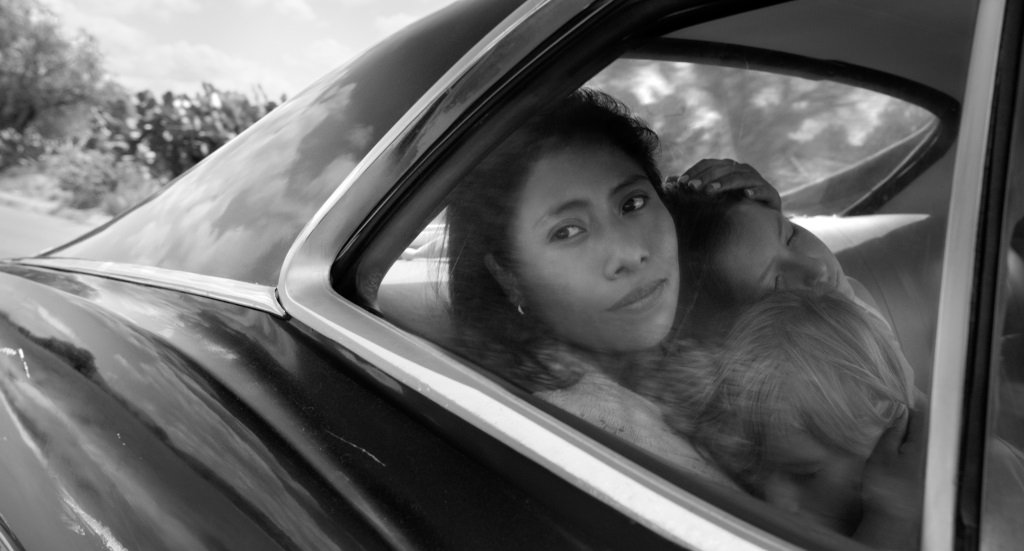 The Academy Awards will be handed out on Sunday, February 24. Are you caught up on the major nominees?

Eight films made the cut in the category of best picture and a few of them are still in theaters, notably the offbeat royal drama The Favourite (2018, R), which came away with ten nominations, political commentary Vice (2018, R) which scored eight nomination, and Green Book (2018, PG-13), with five nominations in all.

Also still in theaters is Spider-Man: Into the Spider-Verse (2018, PG), the current favorite in the animated feature category.

A number of nominated films, however, are already available to watch at home. Here’s an easy guide to what you can see and how you can see them.

Two of the top nominees are currently available to stream on Netflix. Roma (Mexico, R, with subtitles) and Black Panther (PG-13).

Roma tied with The Favourite with ten nominations and became the first Netflix film to get a nomination in the best picture category (it was released to theaters a couple of weeks before it arrived on Netflix and continues to play in some venues).

Black Panther received seven nominations, including best picture (the first comic book superhero movie so honored). If you don’t have Netflix account, you can also rent it on Cable On Demand, VOD, or on disc.

Arriving on Tuesday, February 19, less than a week before the Oscars ceremony, is A Star Is Born (R) with Lady Gaga and Bradley Cooper, which weighs in with eight Oscar nominations. Until then, this critical and popular hit can still be found in theaters.

Here’s where you can find other nominated films.

Also currently available on VOD is foreign language film Shoplifters (Japan, R, with subtitles), which took home the top prize at the Cannes Film Festival last year, First Man (PG-13) with Ryan Gosling, which was nominated for four craft awards (including sound, visual effects, and production design), and A Quiet Place (PG-13), which earned a well-deserved nod for sound editing.

Arriving on Tuesday, February 19, is Can You Ever Forgive Me? (R), which received nominations for actress Melissa McCarthy, supporting actor Richard E. Grant, and its screenplay.

Along with Roma and Black Panther, Netflix is currently streaming a number of films nominated in various categories, including the Coen Brothers’ The Ballad of Buster Scruggs (not rated), which scored nominations for the original screenplay, original song, and costume design, and animated feature nominee The Incredibles 2 (PG).

You can also catch up with visual effects nominees Avengers: Infinity War (PG-13) and Solo: A Star Wars Story (PG-13) and with documentary short subjects End Game (not rated) and Period. End of Sentence. (not rated, with subtitles), a category that Netflix has supported for a few years now.

Two of the five nominated documentaries are now streaming on Hulu: RBG (PG), which also earned a nod for its original song, and Minding the Gap (not rated).

Wes Anderson’s Isle of Dogs (PG-13) earned nominations in the animated feature and original score categories, and you can also catch visual effects nominee Ready Player One (PG-13) from Steven Spielberg on HBO On Demand and streaming services.

First Reformed (R) is also available on Kanopy, the free streaming service offered by most major library systems across the country. Kanopy also presents the documentary nominee Of Fathers and Sons (not rated, with subtitles) and animated short Weekends (not rated).

Hoopla, another streaming service offered by many libraries, features the nominated documentary RBG.

And three documentary short subjects are streaming on the web: