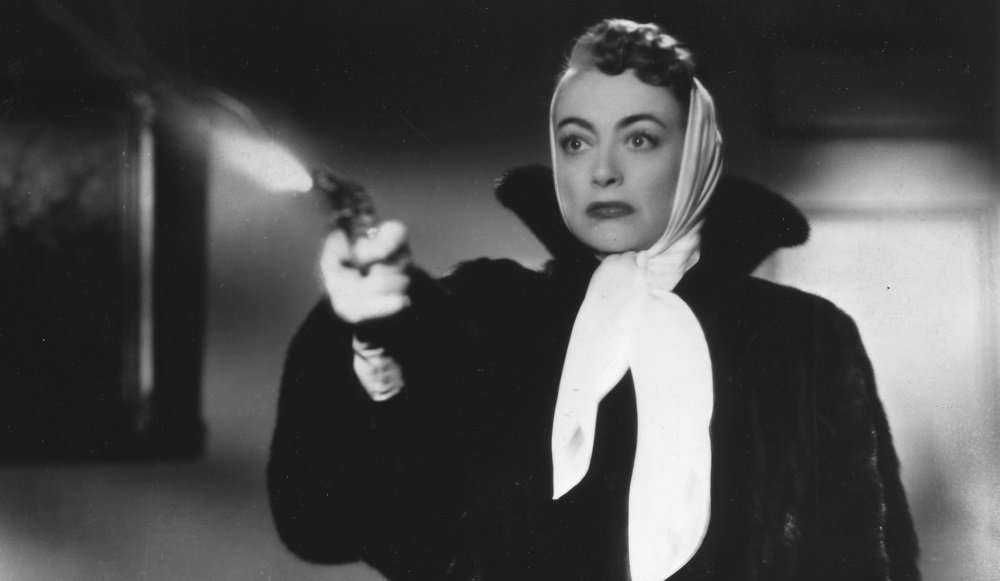 Joan Crawford took charge of her career as she aged out of the ingénue roles that propelled her to stardom, developing stories and pursuing properties that offered strong characters for a mature woman. She gave herself a second act when she fought hard for Mildred Pierce (1945) at Warner Bros. and seven years later, as Warner was content to sideline her as long-suffering women in second-rate projects, she took charge again by leaving the studio to pursue more interesting parts in more promising projects.

Sudden Fear (1952), her first film after being released from Warner Bros., features Crawford as middle-aged San Francisco heiress and successful Broadway playwright Myra Hudson, who is wooed by the handsome (and younger) Lester Blaine (Jack Palance), an intense New York actor she rejected as leading man in her new play. They marry after a whirlwind romance on a cross-country train ride and a San Francisco courtship but despite his protestations that he’s not a man to live off of his wife’s money, that’s exactly what he intends. When he discovers that he’s all but left out of her new will, he schemes with his mistress (Gloria Grahame) to murder Myra before the changes are finalized.

The screenplay makes ingenious use of a dictating machine as both a plot device and a dramatic element and of Myra’s career as a playwright and adds a twist of poetic justice that none of the characters planned. Crawford delivers on every stage of her character evolution. As she first hears the plan she is blindsided and on verge of collapse, her face going through the stages of high melodrama horror before she pulls herself back together, steels herself for survival, and silently writes her own changes to their plan. That’s where Crawford takes control of the film: she was one of the Hollywood’s fiercest actresses, both on screen and off, and her command her career shows in the strength of her performances in films like this

Director David Miller showcases the San Francisco locations (and the Bunker Hill neighborhood in Los Angeles, with its steep staircases doubling for SF) to great effect. The moody B&W cinematography by Charles Lang takes on an inky beauty as the bright outdoor scenes and sequences in her big, roomy mansion filled with actors are edged out by more claustrophobic sets and the nocturnal prowlings of characters through the steep, winding streets of the city at night in the tension-filled third act.

Crawford earned her third and final Oscar nomination for her performance and the film earned nominations for Palance, the costumes, and Charles Lang’s cinematography.

Add to My List on Kanopy, which is free through most public and college library systems.

, iTunes, GooglePlay and/or other services. Availability may vary by service.
Sudden Fear [Blu-ray]

Cohen presents the Blu-ray debut of the film in a new 2K restoration, which is a major upgrade from the old DVD, which is darker, softer, and interlaced, and features significantly less detail. Film historian Jeremy Arnold provides audio commentary.