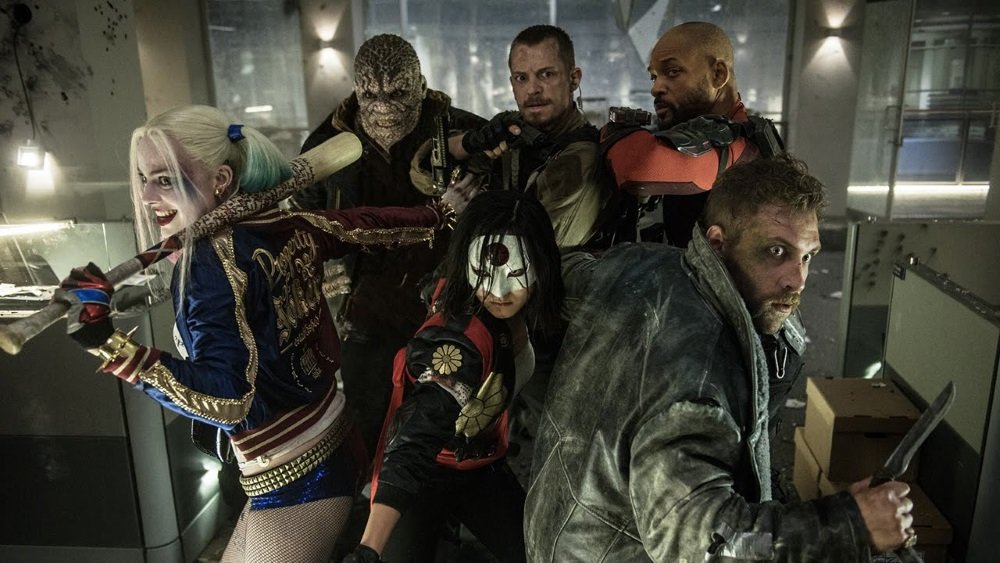 “Worst. Heroes. Ever.” reads the tagline of Suicide Squad (2016), DC’s attempt to get a little scruffier and offer audiences a comic book movie more fun than the stuffy Superman reboots. It stirred dark humor and dark doings into the superhero movie, flirting with cynicism while bonding under fire, and it worked, at least if measured by box-office.

Based on the eighties comic book series and written and directed by David Ayer, Suicide Squad is a strike team created almost entirely from supervillains yanked from their ultra-high-top-secret-security black site prison and sent against an ancient god with a grudge against humanity. It’s not the first film based on the concept—the direct-to-video animated feature Batman: Assault on Arkham sent the team in action as support for Batman—but it’s the first for the big screen. Warner Bros. gives it a star-studded line-up: Will Smith as assassin Deadshot, Margot Robbie as bonkers Joker sidekick Harley Quinn, Joel Kinnaman as Special Forces babysitter Rick Flag, and Jared Leto in a punk take on supervillain psychopath Joker. The squad is filled out by Captain Boomerang (Jai Courtney), Killer Croc (Adewale Akinnuoye-Agbaje), El Diablo (Jay Hernandez), Slipknot (Adam Beach), and non-villain Katana (Karen Fukuhara).

It makes for another overstuffed team movie, though this one takes a much darker path. Ruthless government heavyweight Amanda Waller (Viola Davis) injects the villains with a nano-bomb, which will detonate if they disobey orders or attempt escape. They are dropped into a city choked in the black magic of The Enchantress (Cara Delevigne) and ordered to shut her down. And that’s pretty much the plot, apart from wild card Joker trying to rescue Harley in the midst of the chaos.

The imagery is just as dark as the premise—the city is a ruined war zone enveloped in night—but otherwise it’s another CGI spectacle of big battle set-pieces, epic destruction, and high body count, with the least imaginative jukebox score ever chiming in obvious anthems for each character entrance (“Sympathy for the Devil”? “Super Freak”? Can you get more obvious?). Robbie sells her part with gusto but otherwise the film fails to create any memorable characters from the cast of largely unknown comic book villains or even establish much chemistry from the mix.

What the film has to sell is attitude: it’s fun to be bad, and it’s just as fun to behave badly while fighting for the good guys. In other words, a film that hasn’t even the convictions of its own cynicism.

It won an Academy Award for makeup and hairstyling.

Warner gives the film the special edition treatment on DVD, Blu-ray, Blu-ray 3D, and 4K UltraHD with seven featurettes, including the 23-minute “Task Force X: One Team, One Mission” (on the comic book inspiration and the big screen adaptation) and the production featurettes “Chasing the Real,” “Squad Strength and Skills,” “This is Gonna Get Loud: The Epic Battles of Suicide Squad.” The Blu-ray / 3D/ 4K versions also feature an extended cut of the film, with over 10 minutes of additional footage, in addition to the theatrical version. The Blu-ray includes bonus DVD and Ultraviolet Digital HD copies of the film and the 3D / 4K versions include bonus standard Blu-ray and Ultraviolet Digital HD copies.