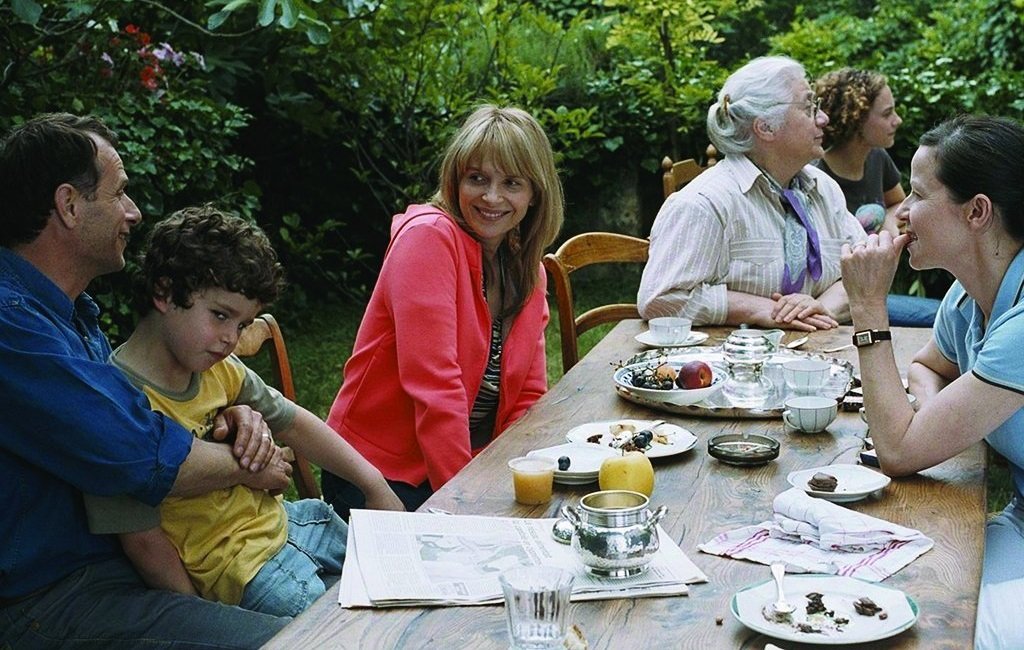 Olivier Assayas’ Summer Hours (France, 2008) plays like a miniature, a small film of small dramas in the scope of large lives. Mortality once again hangs over the story of a family estate and the rich treasures of art history that goes with it. Family matriarch Helene (Edith Scob) has preserved the country home of her famous painter uncle as a tribute to him, complete with unpreserved works by French masters on the walls and rare pieces of furniture and glassworks as household items, and she drills in her eldest the list of valuables that need be accounted for and, if necessary, sold off when she dies. Frédéric (Charles Berling), who lives nearby in Paris, can’t bear to see the home broken up and sold off, but with his sister (Juliette Binoche) thriving in New York and younger brother (Jérémie Renier) settling in China with his wife and kids, the holiday family home no longer has the same meaning to them all, let alone their children.

The film moves from one decision to another and the arguments that inevitably ensue. It’s not all that subtly engineered, but Assayas brings a generosity of understanding and a warmth of character to the siblings who love one another enough not to let disagreements change their feelings. It’s a gentle look at the way the ties to the past lose their hold on the next generations as new families grow up within the old, and it closes with a pair of sequences that alone would recommend the film: one that takes you through the Musee D’Orsay from the workshops through to the galleries, and a final scene that recalls his brilliant (and still unavailable on DVD) early feature Cold Water, but with the angry, rebellious destructiveness of the earlier film replaced with a warm communal celebration. It’s a lovely little miniature, modest but delicately lyrical, well observed and richly swirled with emotional honesty.

French with English subtitles, not rated.

The Criterion Channel presents the film with the supplements included on the Criterion Collection DVD and Blu-ray release (see below for details).

, iTunes, GooglePlay and/or other services. Availability may vary by service.
Summer Hours [Blu-ray]

Criterion’s Blu-ray and DVD releases include the French-language documentaries “Making of by Raphael Duroy” (a 26-minute portrait with Olivier Assayas, Charles Berling and Juliette Binoche) and “Inventory” (a 50-minute doc about the film’s unique and personal approach to art) and an original 28-minute, English-language interview with Assayas discussing his inspirations and aspirations for the film. Also includes a booklet with an essay by critic Kent Jones.