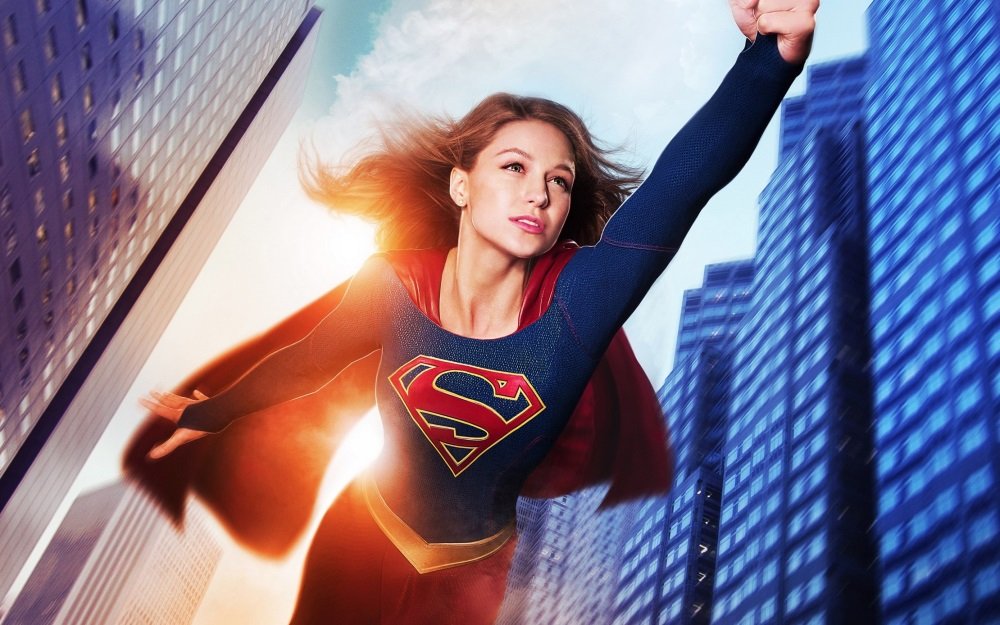 Supergirl: Season 1 – The CBS entry in the ever-growing DC Comics TV universe was developed by Greg Berlanti and Andrew Kreisberg (the team behind Arrow and The Flash at the CW) with Ali Adler (a veteran of Chuck and Glee) to play as a bright, optimistic superhero series with an aspirational hero.

Melissa Benoist (also of Glee) stars as Kara Danvers, aka Kara Zor-El, the cousin of Superman, and the show rests on her earnest yet plucky performance. As Kara, she’s the small town girl next door making her way in world. Raised as normal girl by a loving family and taught to hide her powers, she gets a job as assistant to Central City media mogul Cat Powers (Calista Flockhart) and lives out a normal life until the world needs another hero. When her human sister Alex (Chyler Leigh) is in danger, she makes a spectacular debut saving the lives of every passenger on an airliners that comes crashing down on the city. It’s a rocky start—she’s completely untrained in her powers—but also pretty darn spectacular. Cat christens her Supergirl and takes it upon herself to shape her media image while the fledgling superhero learns to harness her powers with the help of Alex, a government agent, and Alex’s boss (David Harewood), who has his own comic book secret. Her trial by fire comes when criminals from Krypton—including her own aunt (Laura Benanti)—escape their interstellar prison and attempt to conquer Earth with powers as great as hers.

Benoist brings an innocence, an idealism, and an every-woman quality to a character who is singular, and like the new superhero paradigm she builds a team around her, friends who know her secret, support her missions, and give the girl behind the suit a friendly ear and an emotional boost when necessary. She’s even got a crush on a guy: the seriously confident and handsome photographer James Olsen (Mehcad Brooks), formerly Superman’s pal Jimmy Olsen. It’s a good fit for the series, which is on the sunnier side of the superhero TV spectrum, more The Flash than Arrow, set largely in the daylight in a gleaming city, and there is even a Flash crossover episode that becomes the season highlight, thanks to great chemistry between Benoist and Grant Gustin as The Flash, another excitable, earnest young adult who genuinely enjoys being a hero. It’s the best episode of the series to date and hopefully a sign of things to come.

If it suffers from anything it is superhero fatigue. It’s a well-made series with a likable hero, a solid supporting cast, and a sense of optimism that is refreshing next to such dark shows as Gotham, but it has yet to carve out its own distinctive approach and defining identity. That may change when the series moves from CBS to the CW for the second season, where it will be folded into the same superhero universe as Arrow, The Flash, and DC’s Heroes of Tomorrow. So if you’ve committed to this comic book ecosystem, you may want to revisit this show in preparation for the 2016-2017 season where four superhero shows click into place on the CW.

Superhero fans will note that Kara’s human mom is played by none other than Helen Slater, star of the 1984 Supergirl movie (it’s a terrible film but she’s a terrific Supergirl).

Also on Blu-ray and DVD with featurettes (including the San Diego Comic-Con panel) and a gag reel.
Supergirl: Season 1 [DVD]