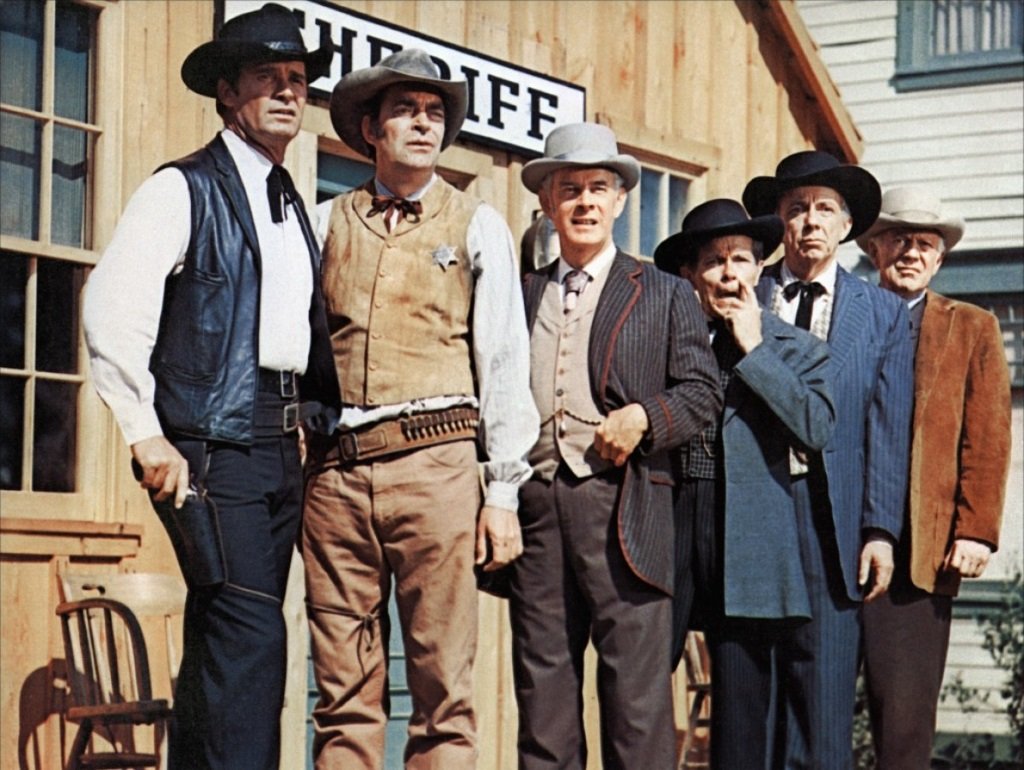 James Garner established himself as a natural for the comic western with the TV series Maverick, playing the reluctant hero who avoided conflict and gunplay with charm, wit, and a con-man’s knack for keeping his opponents off balance. The brought that sensibility to the big screen with Support Your Local Sheriff (1969), playing a drifter on his way to Australia (“the last frontier,” he explains to all who will listen) who stops off in lawless frontier town in the midst of a gold rush boom and takes the job of sheriff because he needs the money. “Oh, you’ll get your money’s worth,” he assures the town elders (among them Harry Morgan and Henry Jones) and proceeds to arrest one of the Danby boys (Bruce Dern) for murder, even though the jail hasn’t any bars in it yet.

The film, written by William Bowers, has a laconic pace to it and indulges in the broad, boisterous humor and slapstick brawls common to westerns of the sixties while also quoting classic westerns. Walter Brennan plays a caricature of Old Man Clanton from My Darling Clementine and a gag with his false teeth references Red River. It’s rather silly but the cast keeps it entertaining. Garner is a master playing the easy-going straight man with a mix of wit and practicality, Joan Hackett is the mayor’s disaster-prone daughter and Jack Elam has one of these best roles of his career as the town character who becomes Garner’s deputy.

Garner and Elam reunited with director Burt Kennedy for a sequel, Support Your Local Gunfighter (1971), this time with Garner as a would-be groom on the run from his bride (Marie Windsor) who lands in the town of Purgatory, where he convinces the townsfolk that Elam is the infamous gunfighter Swifty Morgan (Chuck Connors) they’ve been expecting. This one is written by James Edward Grant, a John Wayne crony with a penchant for broad, boisterous comedy, and it has Suzanne Pleschette in the Hackett role, Harry Morgan back as the town elder, and John Dehner and Henry Jones filling out the cast. It misses the comedy snap of the original but Garner’s easy charm and effortless command sustains the film.