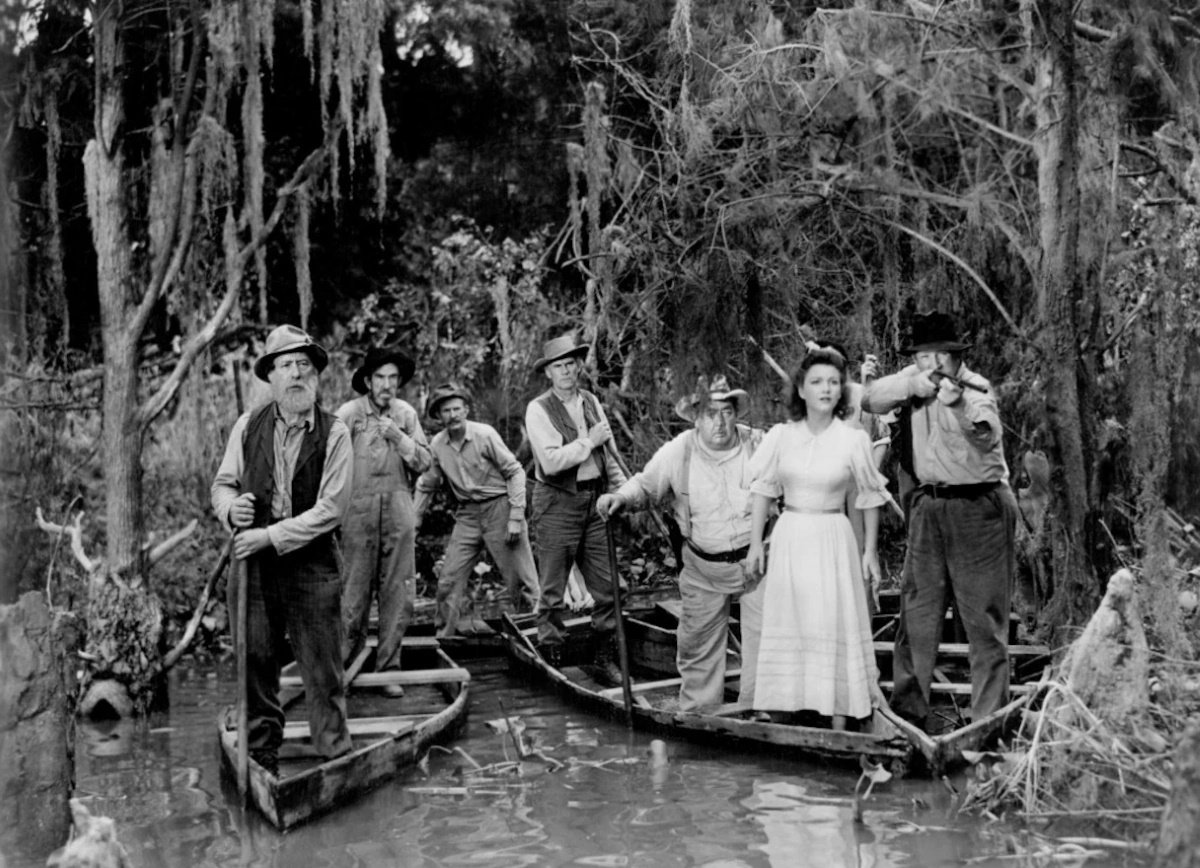 It took a French filmmaker to take a Hollywood movie into Georgia’s Okefenokee Swamp.

Swamp Water (1941), the first American movie by the great French director Jean Renoir, stars Dana Andrews as a young (well, young-ish) trapper in rural Georgia who ventures into the no man’s land of the Okefenokee Swamp. Walter Brennan is the fugitive hermit hiding out from a murder conviction (of which he is innocent) who becomes his silent trapping partner. Walter Huston co-stars as Andrews’ protective by domineering father and Anne Baxter is the “wild cat” of girl who is (unbeknownst to the townsfolk) Brennan’s daughter.

Renoir channels John Ford’s brand of Americana in the poetic imagery and sense of community. He casts familiar faces from Ford’s regular acting company (among them Brennan, John Carradine, Ward Bond, and Russell Simpson) and directs from a screenplay by frequent Ford collaborator Dudley Nichols, all of which help give the film that Fordian quality. Yet it is also true to the poetry of Renoir’s gentle style, translated into an American vernacular.

Renoir’s generosity of character and complexity of community and family relationships, and his location photography gives the backwoods melodrama a dignity and an elevated, stylized theatricality, like a Greek tragedy relocated to the American south. The swamp itself is a magnificent setting, both magical and haunting, a hostile, inhospitable environment that, in its own way, becomes a protective haven for our two outsiders carving their place out of a community that is ultimately even more hostile.

Also on Blu-ray and DVD and on SVOD through Amazon Video, iTunes, GooglePlay, Vudu and/or other services. Availability may vary by service.
Swamp Water (Twilight Time) [Blu-ray]

The film made its home video debut direct to Blu-ray in Twilight Time and is a rare American classic available solely on Blu-ray in this country. Features an isolated score track and an eight-page booklet with an essay by Julie Kirgo. Sadly, it is long out of print.