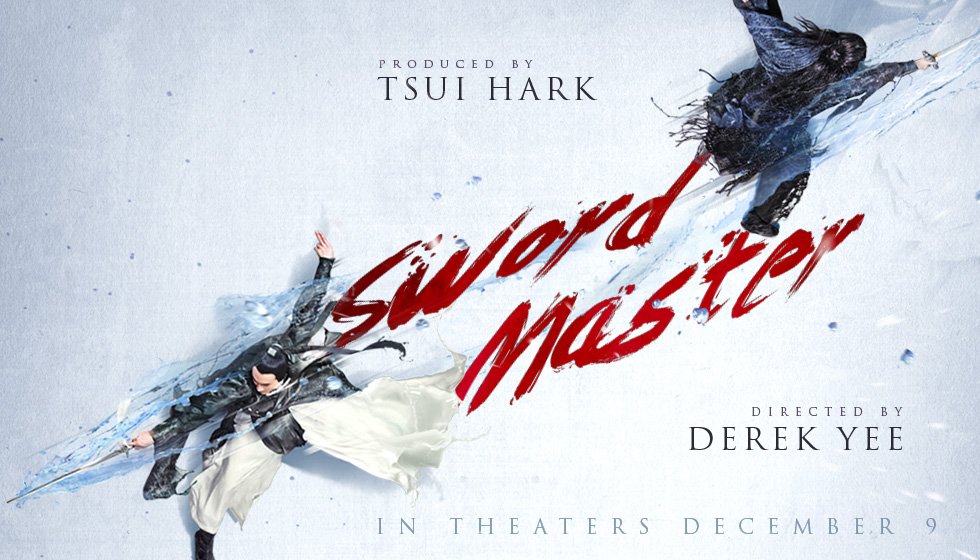 Sword Master (Hong Kong, 2016) – Before he stepped behind the camera, director Derek Yee was the star of scores of martial arts dramas, among them the 1977 Shaw Brothers epic Death Duel. He directs the remake, which is produced by Tsui Hark, which evokes the romantic chivalry of the wuxia genre in a lavish, colorful spectacle awash in wirework action and CGI-enhanced sets and settings.

Kenny Lin stars as Ah Chi (Yee’s role in the original), an enigmatic beggar who turns out to be the fabled Third Master, a fighter who turned his back on the martial arts world and vowed to never kill again. Peter Ho is the assassin Yen, who is dying of a fatal illness and has only one wish on his bucket list: to battle the Third Master. Their paths cross in a remote village where they both go to escape the world and they become friends and partners while protecting the peasants from gangsters and warlords.

The overstuffed story includes warring clans of martial arts warriors (the brutal upstarts wear masks fashioned as skulls), a vengeful clan princess, a prostitute with a heart of gold, cruel gangsters, excrement humor, and a flood of confusing flashbacks. The sets and settings are slathered in colorful but often artificial-looking CGI enhancements, giving the historical backdrop a lush but artificial fantasy quality; the opening battle on a stone bridge over a frozen river would look right at home in a Narnia film (apart from the whole flying martial arts fight). The fight choreography is fine, leaning on wire work for its high-flying battles, and most impressive when the warriors movie like synchronized dance choruses. It’s handsome but routine, a martial arts melodrama that lacks the operatic emotions to sell the tragic dimensions of the story.

Not rated, in Mandarin with English subtitles.

The Blu-ray and DVD from Well Go Entertainment features Cantonese and Mandarin soundtracks in dts-HD and dts X sound and English subtitles. The sole featurette is a short promo piece.