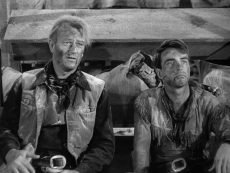 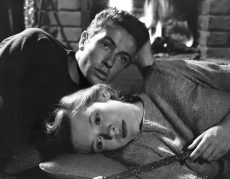 “This boy… and this girl… were never properly introduced to the world we live in…,” begins They Live By Night (1948), a bubble of a brief, idealized vision of young love immediately swept away in the urgency and desperation of the prison break in the very next scene. The directorial debut of American filmmaker Nicholas […]

The most authentically romantic filmmaker of classic Hollywood, Frank Borzage made films where the power of love conquered all, not simply narrative obstacles and stubborn complications but time and space itself. He’s the last filmmaker you would expect to produce a film noir masterpiece yet in Moonrise (1948) he delivers beautifully. Dane Clark is Danny […] 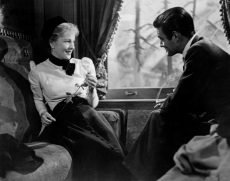 Letter from an Unknown Woman (Olive Signature, Blu-ray) (1948), the second Hollywood film by European émigré Max Ophüls (who was credited as Opuls on his American movies), is his first American masterpiece, an exquisitely stylish romantic melodrama (based on a novel by Stefan Zweig) informed by his continental sensibility. “By the time you read this […] 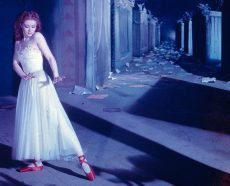 Michael Powell and Emeric Pressberger’s The Red Shoes (1948) has been called the greatest ballet film ever made. To girls of a certain age and a predisposition to the romance and beauty of ballet, this film is a touchstone that remains an impassioned favorite long after their invitation to the dance is over. To me, […]

Cry of the City (Kino Lorber Studio Classics, Blu-ray) (1948) is a film noir that should be better known. It’s directed by Robert Siodmak, who made more film noirs than any other director, and it is one of his darkest, a gangster drama seeped in shadows, corruption, and psychosis, with Victor Mature (in what I […]