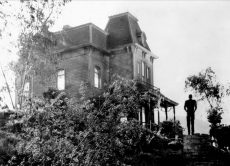 Though technically a work of fiction, Winter Kills (1979, R) is the maddest and most entertaining of Kennedy conspiracy thrillers, a wild kaleidoscope of clashing theories directed with wit and performed with gusto by an astounding cast. Jeff Bridges is the half-brother of an assassinated President who digs up the “truth” 20 years later and […]

Pretty Poison (Twilight Time, Blu-ray) (1968) begins as a kind of Walter Mitty or Billy Liar, with Anthony Perkins as a mentally unstable young man released from psychiatric confinement and let loose into society where he plays spy games like a big kid in an adult world. While he’s not entirely harmless (his fantasies already […]