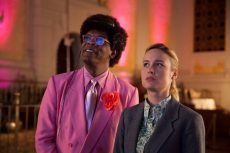 Brie Larson, star of the superhero hit Captain Marvel, makes her directorial debut with the fantasy Unicorn Store, Rosario Dawson, Brittany Snow, and Gina Rodriguez star in the romantic comedy Someone Great, and Kiernan Shipka and Stanley Tucci try to survive the apocalyptic future in The Silence, which are among the Netflix Original movies debuting […] 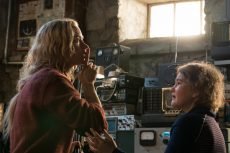 Nicole Kidman stars as a burned-out cop in the gritty Destroyer, Emily Blunt and John Krasinski star in the family-centered horror film A Quiet Place, Diane Keaton and Jane Fonda headline the romantic comedy Book Club, and John C. Reilly and Joaquin Phoenix are The Sisters Brothers, all coming to Hulu in April. Also arriving […]