Two of the biggest movies of summer 2018 come to Cable On Demand and VOD in August: the superhero epic Avengers: Infinity War, which brings the Marvel Universe to the edge of apocalypse, and the sardonic Deadpool 2 with Ryan Reynolds. On much smaller scale is Paul Schrader’s intimate and intense First Reformed with Ethan […] 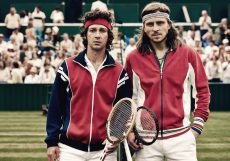 Originally announced for July, Hulu will now release Borg vs McEnroe with Shia LaBeouf in August, along with Darren Aronofsky’s divisive Mother! with Jennifer Lawrence and Javier Bardem, crime thriller Terminal with Margot Robbie and Simon Pegg, and Hulu Original documentaries Minding the Gap and To The Moon and Back. Also coming in August are […]

Netflix adds Matt Groening to its programming family in August with his new animated series Disenchanment, his irreverent take on fantasy adventures, and continues its run of original movies with the comedy Like Father with Kristen Bell and Kelsey Grammer, British drama The Guernsey Literary and Potato Peel Pie Society with Lily James, and high […] 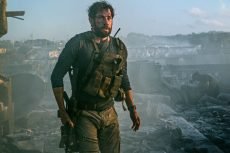