If you love movies, I mean really love the glory of Hollywood moviemaking and star power and the joys of wondrous stories, then you surely Only Angels Have Wings (1939), the quintessential Howard Hawks adventure of male bonding and tough love in a world where there may be no tomorrow. If you haven’t fallen for […] 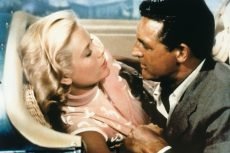 To Catch a Thief (1955), Alfred Hitchcock’s frothiest entertainment, stars Cary Grant as a reformed jewel thief on the French Riviera who immediately comes under suspicion when a cat burglar goes to work on the rich and famous staying in the local luxury hotels. Heiress Grace Kelly decides to play detective the best way she […] 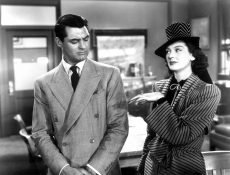 His Girl Friday (1940) is based on the rapid-fire newspaper comedy The Front Page, originally a snappy, cynical, double-barrel Broadway hit by Ben Hecht and Charles MacArthur (themselves veteran reporters) and then a 1931 film directed by Lewis Milestone, with Pat O’Brien and Adolph Menjou in the lead roles. Barely a decade later, Howard Hawks […]