Once Upon a Time in the West (1968) puts the opera into “horse opera.” Leave it to the Italians to put genuine operatic dimension into the great American saga of western expansion. Sergio Leone’s loving tribute to the myth of the American West leaves the cool, cruel mercenary world of the Clint Eastwood Dollar films […] 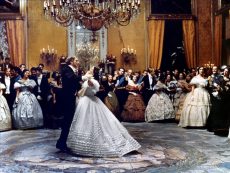 The Leopard (Italy, 1963), Luchino Visconti’s adaptation of Giuseppe di Lampedusa’s novel (said to be a national touchstone for Italy), is his masterpiece. Burt Lancaster (his voice is dubbed by a deep-voiced Italian) may seem an unusual choice to play Prince Don Fabrizio Salina, an idealistic 19th century Sicilian prince (Visconti favored Laurence Olivier, a […] 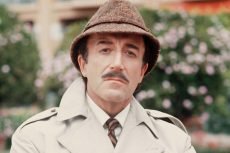 All six Pink Panther features directed by Blake Edwards and starring Peter Sellers as Inspector Clouseau are featured in this six-disc Blu-ray collection, four of them making their respective Blu-ray debuts. Clouseau was but a supporting character in The Pink Panther (1963), a comic heist film with David Niven as the legendary jewel thief “the […]