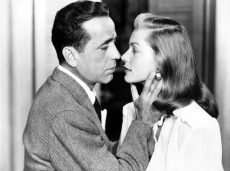 Dark Passage (1947) – Humphrey Bogart is as an innocent man on death row for the murder of his wife who, in the opening minutes of this classic film noir, escapes from San Quentin to clear his, yet his face isn’t even seen through the first act of film. Instead we see his escape almost […]