The third season of Amazon’s Emmy-winning comedy The Marvelous Mrs. Maisel, starring Rachel Brosnahan as a comedian pushing the envelope in the 1950s New York, and the fourth season of the acclaimed science fiction space epic The Expanse, which Amazon picked up after SyFy cancelled it, debut on Amazon Prime Video in December. Movies debuting […] 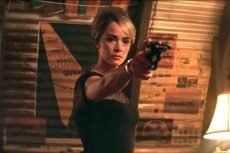 Hulu launches its new series Reprisal, a noir-ish thriller starring Abigail Spencer as a criminal who plots her revenge on the gang that double-crossed her and left her for dead, in December, along with the third season of the teen superhero series Runaways and the Christmas and New Year’s installments of the anthology horror series […]