The Bank Job (2008) may sound like a generic crime vehicle from the title and the casting of genre action star Jason Statham, a stalwart tough guy with stocky presence and limited range, but don’t let that stop you from digging into this British film. Based on (or more accurately inspired by) the real life […] 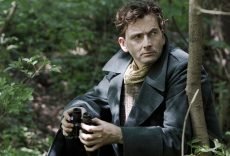 Spies of Warsaw (2013), adapted by Dick Clement and Ian La Frenais from the novel by Alan Furst, has an almost old-fashioned clarity to it. It’s set in 1937 Poland, and Germany is quietly amassing troops outside the border. David Tennant continued his post-Doctor Who career redefinition playing French military attaché Colonel Jean-Francois Mercier, an […]