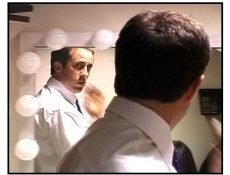 Hey now! The Larry Sanders Show was the original buzz show on HBO. A scathingly funny sitcom created by and starring Garry Shandling, it ran on the channel’s late-night schedule between 1992 and 1998, receiving fair ratings, great reviews and a rabid following in Hollywood as it became the industry’s cult show. Shandling had previously […]