Nightcrawler (2014) earned an Oscar nomination for director Dan Gilroy’s screenplay, a wicked satire of the tabloid news television that chases sensationalistic stories for ratings (the cliché “if it bleeds, it leads” is the guiding philosophy). It should also have earned a nomination for Jake Gyllenhaal, whose Louis Bloom is a twisted Horatio Alger with […]

Donnie Darko (2001) – Donnie Darko (Jake Gyllenhaal) is an otherwise normal rebellious, angry kid who slumps and frumps his way through the confusion of his life. He just happens to have a little more confusion than the most of us, much of it caused by visitations from a demonic looking six-foot rabbit named Frank […] 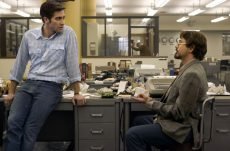 Zodiac (2007), David Fincher’s drama about the notorious unsolved Zodiac killings that had San Francisco gripped in fear during the early seventies, was the filmmaker’s most disciplined, focused, and mesmerizing film to date when it was released in 2007. Based on the non-fiction book by Robert Graysmith, a newspaper cartoonist who became obsessed with the […]

Okja, a social satire/political allegory/action fantasy from Korean filmmaker Bong Joon-ho, skips theaters entirely to debut on Netflix. You may recall that it was a point of controversy at the Cannes Film Festival, not for its subject matter but because of the Netflix model of releasing its films straight to streaming. The Netflix logo elicited […] 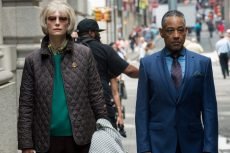 Okja, Bong Joon-Ho’s follow-up to Snowpiercer, will debut globally on Netflix in June, with limited theatrical release in the U.S. the same day it debuts on Netflix. Jake Gyllenhaal, Lily Collins. Paul Dano, and Tilda Swinton star in the science fiction thriller about a young girl (Seohyun An) who must risk everything to prevent a […]