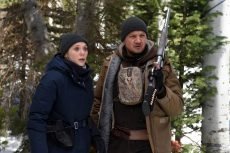 Wind River (2017) isn’t actually the directorial debut of Taylor Sheridan, the Oscar-nominated screenwriter of Siccario and Hell And High Water, but it may as well be. It most certainly is his film (unlike his forgotten 2011 horror film, Vile) and, like his earlier screenplays, a drama of frontier justice in the modern world (when […]

“Tell me something. What’s the best way to disarm one of these things?” “The way you don’t die, sir.” Set in the Iraq war after the proclamation of “Mission Accomplished” and the transformation of a battlefield army into an occupation force, The Hurt Locker (2008) follows the finals days in the rotation of a bomb disposal […] 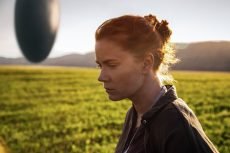 Arrival (2016) is the most cerebral of first contact films, a science fiction drama about communicating across cultures and across species and even across time without a common language, while failing to communicate within our own world. It is a film that looks out beyond our galaxy and inward to our own souls, to challenge […]

Mission: Impossible – Rogue Nation, the fifth film in the big-screen franchise based on the sixties Cold War spy TV series, continues to spin its alternative to the James Bond brand of espionage thriller. Like the 007 films, they are globe-hopping spectacles with spectacular set-pieces and stunts. But while each film is tethered on Tom […]

Marion Cotillard earned an Oscar nomination for her performance in the Dardenne Brothers’s Two Days, One Night but I think her best performance of 2014 is in The Immigrant. She plays Ewa, a Polish immigrant in 1921 New York who, turned away by relatives, is dependent on a mercenary burlesque producer and pimp (played with […]