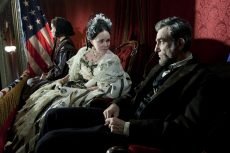 Steven Spielberg’s Lincoln (2012) is a remarkable historical drama. Scripted by Tony Kushner, guided by Doris Kearns Goodwin’s book A Team of Rivals, Lincoln casts a spotlight on one of the most important political actions in American history: passing the 13th Amendment to the American Constitution, which abolished slavery. In compelling detail, this film shows […]