Olivier Assayas wrote this drama about a veteran actress facing a transition in her career after Juliette Binoche, arguably France’s greatest and certainly most ambitious actress working today, challenged him to write a film centered on women. It was a friendly challenge—she had already starred in two films he wrote for director André Téchiné and […] 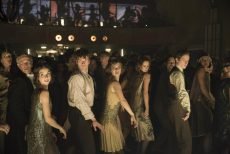 Originally published on the Film Noir Foundation website The most expensive German TV series ever produced, Babylon Berlin (Germany, 2017-2018) is Weimar noir, a detective drama turned conspiracy thriller set against the backdrop of decadence and poverty and corruption in 1929 Berlin just before the Nazi party rode the swell of nationalism to power. Think […]