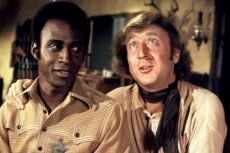 When singer Frankie Laine was interviewed by Terry Gross on NPR’s Fresh Air many years ago, he confessed that when he was engaged to record the theme song to Mel Brooks’ Blazing Saddles (1974), he was not told that the film (and the song) was a spoof. He simply thought it was a bad song […]