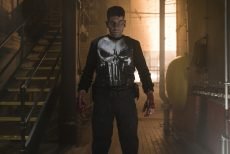 Netflix launches a whole new slate of original programs for the month of November. Jon Bernthal joins the Netflix slate of Marvel superheroes as The Punisher, Jeff Daniels and Michelle Dockery star in Godless from Oscar-nominated screenwriter Scott Frank, and Spike Lee writes and directs the comedy She’s Gotta Have It based on his feature […]

Amazon’s newest original series The Marvelous Mrs. Maisel, a dramedy set in the stand-up comedy culture of late 1950s Greenwich Village from the creator of Gilmore Girls, launches its first full season (after the pilot became one of Amazon’s most liked originals – see it here). It leads off Amazon’s November line-up, which also includes […]

Charlize Theron is the Atomic Blonde of the stunt-laden action hit of the summer and Channing Tatum and Adam Driver are the Logan brothers in Steven Soderberg’s caper film Logan Lucky, two of the summer’s most entertaining films. They make their way to cable and streaming video-on-demand in November. Also arriving in November are the […]

Get Out, Jordan Peele’s smart, sly, satirical horror film with a social slant on race in America, makes its HBO debut and Jon Stewart hosts the all-star benefit Night of Too Many Stars: America Unites for Autism Programs in November. Oscar-winning filmmaker Alex Gibney directs the two-part documentary Rolling Stone: Stories from the Edge, which […] 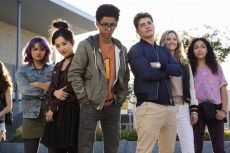 The Oscar-winning Fences, directed by and starring Denzel Washington, and World War II romantic thriller Allied with Brad Pitt and Marion Cotillard are among the movies coming to Hulu in November. Other highlights includes the British wartime comedy Their Finest with Gemma Arterton and Bill Nighy and the indie drama Winter’s Bone featuring the Oscar-nominated […]