Blade Runner: The Final Cut (1981/2007) – Ridley Scott’s visionary reworking of Philip K. Dick’s novel, “Do Android’s Dream of Electric Sheep,” was a box-office flop. Maybe it was too dark for a public flying away on the fantasy of E.T. in the summer of 1982, or too downbeat for audiences looking for a Harrison […] 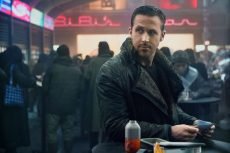 35 years after the original Blade Runner changed the landscape of big screen science fiction, Blade Runner 2049 (2017) dared build on the dystopian portrait of the ecologically devastated urban imaged on screen by director Ridley Scott and his team of designers and artists. Just as in the original, this film is as much about […]

“The duelist demands satisfaction. Honor for him is an appetite.” The Duellists (1977), the feature debut of Ridley Scott, begins in 1800, “the year Napoleon became ruler of France,” with an early morning duel in a dewy green meadow where French military officer Gabriel Feraud (Harvey Keitel) runs his opponent through and then busies himself […]

You may recall Prometheus with both awe and astonishment, a film with astounding moments of beauty and horror and brilliance bumping up against stupidity and sloppiness and half-baked ideas. Alien: Covenant (2017), the second film in the Alien prequel series, takes place a decade after the events of Prometheus (2012) and continues writing the xenomorph […]

The Martian (2015), winner of two Golden Globe Awards and nominated for seven Academy Awards (including Best Picture and Best Actor for Matt Damon), is the rare science fiction drama that is actually built on applied physics and engineering and organic chemistry and where survival depends on creative problem solving and teamwork across millions of miles. […]