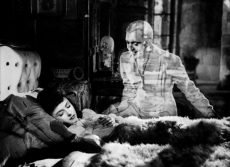 Claude Autant-Lara: Four Romantic Escapes from Occupied France (Eclipse, DVD) Confession time: I had never seen a film by French director Claude Autant-Lara before this set and frankly had no concept of his reputation beyond the distaste that the critics-turned-filmmakers of the La Nouvelle Vague held for his work. He was the tradition of quality […]