Farscape (1999-2003), created by Rockne S. O’Bannon (who wrote the cult science fiction film Alien Nation) for the Sci-Fi channel (long before they rebranded themselves SyFy), is like no other SF show on TV. If you missed the trip through the wormhole, here’s the gist of it: Ben Browder is John Crichton, an American astronaut […] 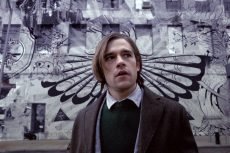 The first season of the SyFy series The Magicians is based on Lev Grossman’s creative melding of “Harry Potter” and the “Chronicles of Narnia” books with a real-world setting where troubled, anxious, and sometimes petty young adults discover that magic exists and they have the potential to master it. SyFy turned the popular book series […]

The Expanse is the most ambitious original science fiction series created by the SyFy network since their award-winning Battlestar Galactica reboot. Based on the best-selling novels by James S. A. Corey (the pen name of authors Daniel Abraham and Ty Franck) and developed in collaboration with the authors, The Expanse: Season One is a dense […]

The mini-series Tin Man (2007), a radical reworking of The Wizard of Oz that is equal parts revisionist remake and dark sequel, became the most watched original program in the history of the SciFi Channel (before its rebranding as SyFy) when it premiered almost a decade ago. Our Kansas farm girl is a spunky waitress […]

Continuum: Season 4 (2015) concludes the science fiction drama from Canadian about time-traveling guerrillas in modern-day Vancouver, one of the better original shows on SyFy of last few years (and one of the only shows shot in Vancouver that doesn’t pretend it’s another city). A mix of time-travel science fiction and urban cop show, stars […]