Grandly mounted and filled with sweeping battle scenes, the costume battle epic The Great Battle (South Korea, 2018), retells the true story of the invasion of Goguryeo, a kingdom on the Korean peninsula, by the Chinese Yang Empire in the 600s. Korean pop star Zo In-sung stars as General Yang, the commander of the Ansi […]

Directed by the insanely prolific Hong Kong action veteran Wong Jing, Chasing the Dragon (China, 2017) is the filmmaker’s crime epic, a historical drama that charts the rise and fall of two notorious gangsters who thrived in the rampant corruption enabled by Britain’s colonial rule of Hong Kong in the 1960s. The title is slang […] 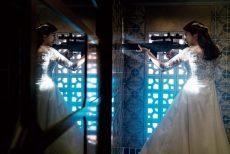 The Villainess (South Korea, 2017) is not a remake of La Femme Nikita but it is surely built from the DNA of that defining action classic. It opens on an amazing action sequence, a seemingly unbroken take from the jittery POV of some ferocious but still-unseen fighter wiping out armies of thugs with bullets, knives, […]

Bad Day for the Cut (2017) – Donal (Nigel O’Neill), a single, middle-aged farmer in rural Ireland, lives in a perpetual holding pattern: still living at home with his elderly ma, he runs his spread by day, kills evenings over a pint at the town tavern, and does a little mechanical work on the side. […] 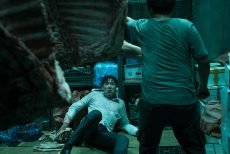 In Bluebeard (South Korea, 2017), a meek, newly-divorced doctor starting over as a junior staff physician at a clinic serving a largely elderly population become the unwitting witness to what appears to be a confession to a series of unsolved serial killings by an old man under sedation. Dr. Byun Seung-hoon (Jo Jin-woong), already suffering […]

The Final Master (China, 2016) – Set in 1932, just before the Japanese invasion of China, Haofeng Xu’s martial arts drama stars Fan Liao as a Wing Chun master who challenges the martial arts schools of a Chinese city for the right to teach his style of kung fu. He chooses a protégé from the […]

Ringo Lam made his name as Hong Kong cinema’s grittier, leaner alternative to John Woo’s flamboyant action films with Prison on Fire (1987) and City on Fire (1987), the latter most famous as one of the primary inspirations of Quentin Tarantino’s Reservoir Dogs (the heist, the undercover cop, and the image of the multi-gun stand-off […]

Bitcoin Heist (Vietnam, 2016) is a conundrum of a title. After all, Bitcoin is a virtual currency and a heist suggests, well, something a little more physical than computer hacking. That’s part of the fun of this colorful and zippy Vietnamese action film: old-fashioned heist thriller meets the high-tech world of cybercrime, a production modeled […]

It took so long for Hollywood to finally find a way to harness the unique mix of martial arts mastery, dance-like grace, playful humor, and giddy charm that had made Jackie Chan a superstar throughout the rest of the world that he was almost too old to show off the extent of his physical prowess […]