Ip Man was the martial arts master who became a hero during World War II and a respected teacher who mentored, among others, Bruce Lee. And there’s been a cottage industry in Ip Man films in the last decade, most famously with Donnie Yen in the lead as the modest, unassuming master martial artist. The […] 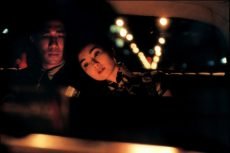 There may be no more sensual director in the world than Hong Kong’s Wong Kar-Wai, and In the Mood for Love (Hong Kong, 2000) is one of his richest and most melancholy works, a shadow dance of would-be lovers sketched in suggestions and intimations. Maggie Cheung and Tony Leung Chiu-Wai star as next door neighbors […]