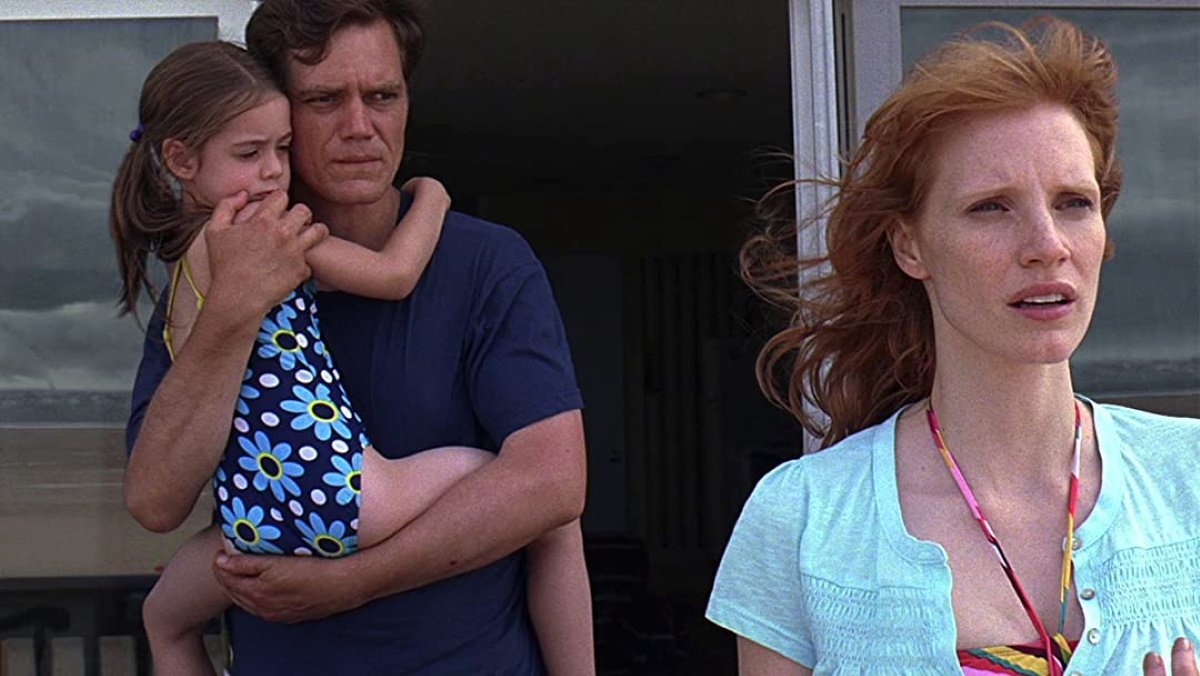 You could describe Take Shelter (2011), the second feature from the talented Jeff Nichols, as an apocalyptic thriller, but this is a different kind of horror.

Working class husband and father Curtis LaForche, played with sincere compassion and palpable anxiety by Michael Shannon, has visions of an Armageddon of Biblical proportions: black rain, Earth-scorching storms, birds gone mad. In most horror films, this would be his gateway to a greater understanding of powers beyond the realm of science. Here, they chart his slide into schizophrenia and the terror of the visions are made all the more devastating by his self-awareness. He’s watching his own descent into obsession and mental illness. Which doesn’t mean the visions aren’t real.

Shannon, so often cast as intimidating toughs and psychos, gives the role a startling fragility. His rough-hewn face and sturdy intensity are focused here on protecting his family, and his outward strength only makes his inward helplessness more agonizing, and Jessica Chastain meets his strength head-on, equally terrified by his transformation but determined to help him through.

Director/writer Jeff Nichols takes us through Curtis’ nightmarish visions but keeps his story and his ordeal rooted in the real world. The way they struggle through as he loses his job and sinks them into debt echoes with the very real anxieties of many Americans, but this isn’t simply some metaphor for the stress of economic hardship on American families. This cuts to the soul.

This is the second of five films the Nichols has made with Shannon and he gives the actor roles with a kind of depth and complexity he rarely gets elsewhere. Shannon should have earned an Oscar nomination for his performance and Chastain is more interesting here than in her nominated performance in The Help but the film earned five Independent Spirit Award nominations, including Best Male Lead (Shannon), Best Supporting Female (Chastain) and Best Picture.

Leaves Hulu at the end of September. My Stuff on Hulu

Also on Blu-ray and DVD and on SVOD through Amazon Video, iTunes, GooglePlay, Fandango, Vudu and/or other services. Availability may vary by service.
Take Shelter [Blu-ray]
Take Shelter [DVD]