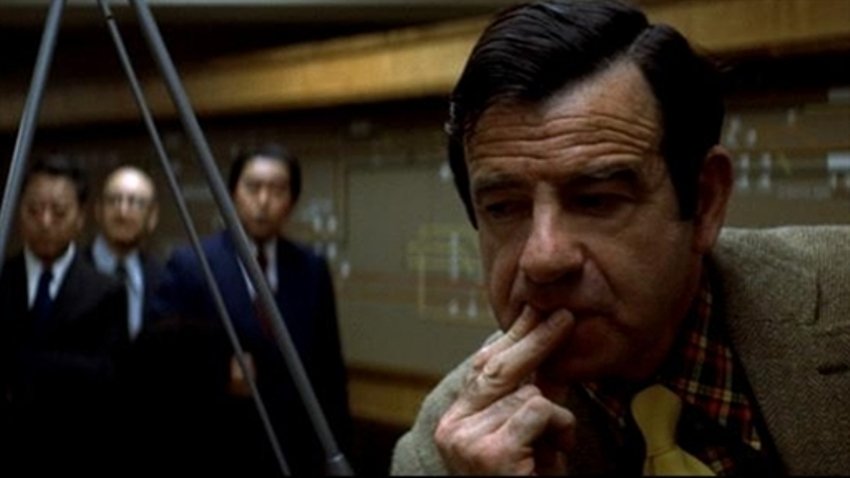 The original The Taking of Pelham One Two Three (1974) hasn’t the credentials of Dog Day Afternoon or The French Connection but this ingenious crime caper / hostage drama is one of the great New York crime films of the 1970s.

Walter Matthau is the everyman head of the transit police who takes charge of the official response after a subway car is hijacked and the passengers held hostage in the transit tunnels by an armed gang led by soldier of fortune and heist mastermind Robert Shaw, who runs his team like a Special Forces platoon. This is era before cell phones, Wi-Fi, and the public Internet, so all communications go through Matthau, who has a direct line to the kidnappers through the subway communications system. He’s also the most level-headed official, negotiating with both the gang and the city to get the ransom money delivered before the deadline, after which the hostages will be executed one by one. With his practical experience as both a veteran detective and a longtime transit officer, he knows how things work and is the one man in a position to figure out Shaw’s endgame while everyone else responds to his demands and distractions.

The film has the precision and intricacy of a Mission: Impossible assignment and director Joseph Sargent meets the challenge with a style that connects multiple locations through phone calls, radio signals, and subway communications lines with an impressive clarity. Even the chaos is wrangled effectively. When a police sniper fires at the subway car without orders, it results in the first hostage execution. Matthau remarks that we may never find out who fired the shot, and sure enough we never do.

Just as important, Sargent makes New York City a character in its own right in his use of location shooting, street crowds, and a diverse cast. While the lead roles are all played by white actors, the cast (including the hostages) is filled with black, Puerto Rican, and Jewish actors and characters that both embrace and challenge stereotypes. This is a precision ransom thriller in the simmering melting pot New York City and the volatile nature of the city adds atmosphere and character to the film.

Martin Balsam and Hector Elizondo co-star as members of the gang, Jerry Stiller and Doris Roberts have small but distinctive roles, and the imposing Julius Harris (of Live and Let Die and a number of seventies blaxploitation films) is a police inspector.

and other services. Availability may vary by service.
The Taking of Pelham One Two Three [DVD]

The Blu-ray is remastered for its “42nd Anniversary” (someone has a sense of humor) and features commentary by actor/filmmaker Pat Healy and film programmer/historian Jim Healy, new interviews with co-star Hector Elizondo, composer David Shire, and editor Jerry Greenberg, the “Trailers From Hell” short featuring Josh Olson, and an animated montage of stills and posters, plus the trailer.