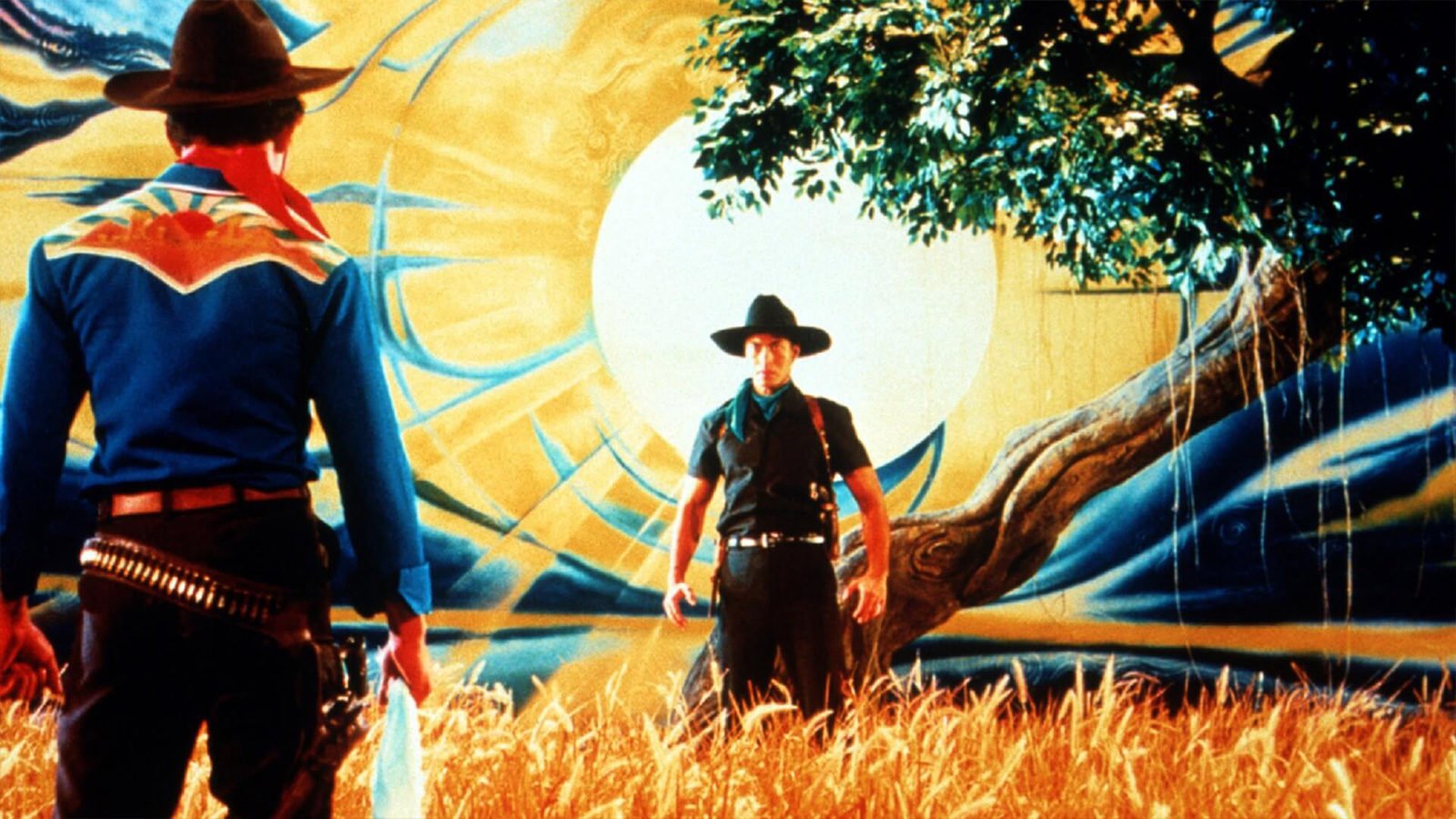 Tears of the Black Tiger (Thailand, 2000), Wisit Sasanatieng’s madcap new wave western, both a spoof and a celebration of the crazy conventions of movie melodramas and genre cinema from decades back.

Imagine the Cisco Kid dropped into a Bollywood version of a Sergio Leone western, as re-imagined by Douglas Sirk with costumes out of a 1940s exotic musical. In this case, it’s a strapping peasant boy (Chartchai Ngamsan) who is recruited into the ranks of the ruthless “City of Bandits” after his heart is broken by starcrossed love of a rich man’s daughter (Stella Malucchi).

The operatic tangle of jealousies and betrayals keeps slipping into flashbacks and erupting into magnificently contrived set pieces scored to gooey Thai pop songs. It’s not performed so much as posed and Sasanatieng has a tendency to overextend his outrageous arias but otherwise this pop-art confection is a hoot.

Shot on video with colors tweaked until they glow shades of candy pink and baby blue only found on birthday cakes (there’s not a natural hue to be found in the palette), the references fly as fast and furious as the quick-draw gunfights and rapid-fire battles between dashing and deadly bandits and soldiers of dubious honor.

When it was first released in Thailand in 2000, it was the defining film of the new Thai cinema. The wave has long since crashed and when it was finally released in the U.S. in 2007 (after languishing in the Miramax vaults for years), it was less a vanguard of a national cinema than a unique, exuberantly excessive cult piece. It is just as wild now as it was then.

Not rated, in Thai with English subtitles.

Also on Blu-ray and DVD and on SVOD through Amazon Video, iTunes, GooglePlay, Fandango, Vudu and/or other services. Availability may vary by service.
Tears of the Black Tiger [DVD]